Researchers at the Massachusetts Institute of Technology have developed a new way to capture harmful carbon dioxide gas from the atmosphere. The method is called electro-swing absorption. According to MIT News, this new method of carbon capture works well at almost any concentration level, where most other methods need a high concentration of CO2 to perform effectively. The new system also requires less energy and is cheaper than alternatives, making it possible to use it in a wide variety of scenarios.

The basic principle of this new method is that it functions as a battery and attracts CO2 molecules to it is charging up. It can hold these captured molecules as long as it has charge and releases them when it is being discharged. The electrodes of this ‘battery’ are set up in a similar way as a catalytic converter in a car. The following video can explain this concept in a more comprehensive way:

The best part about this innovation, apart from ridding the air of a climate change causing pollutant, is that the captured CO2 is in a very concentrated, gaseous form. This has many applications in industry, including feeding plants, water treatment, and making carbonated beverage. To this effect, the research team that developed the project has started a company, called Verdox, to bring their invention to the market. If their venture is successful, what was once considered a global threat could turn into a valuable commodity. 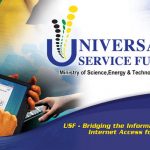