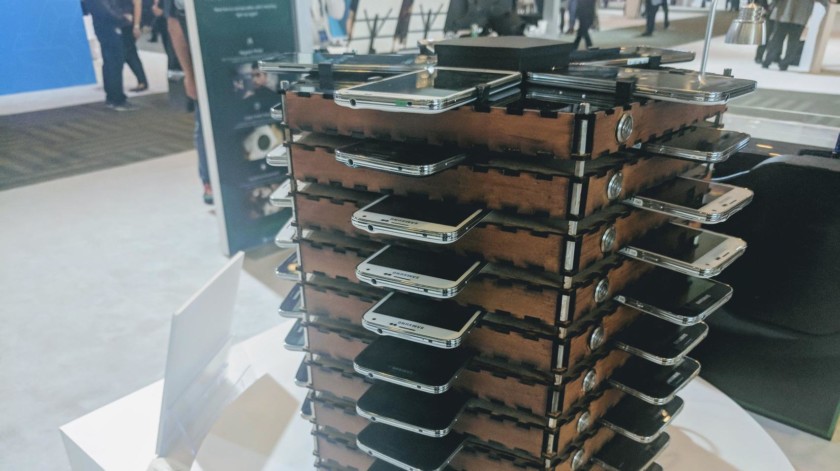 Most of the smartphones launched these days are more powerful than many computers released several years ago. Older phones especially older flagships still have a ton of power left in them. Samsung has shown their strength by developing a Bitcoin mining rig using 40 smartphones of its Galaxy S5 model.

With a handful of these old smartphones, you can easily generate enough power as a modern PC worth $2000. But in this case, it looks like that only 8 Galaxy S5s would have been enough. In fact, Samsung claims that these smartphones are more power-efficient at Bitcoin mining than a similarly powerful PC.

Samsung’s engineering team for creative projects, C-Lab is heading this upcycling project. Samsung has decided to show other smartphone companies that even two-year-old handsets remain useful and can be turned into something new, thus extending their life.

Samsung has built a Bitcoin mining rig comprising of 40 Galaxy S5 smartphones. The entire mining machine runs on a new operating system specially developed by Samsung for this upcycling project.

According to Samsung’s spokesperson Robin Shultz,

“This innovative platform provides an environmentally responsible way for old Galaxy mobile devices to breathe new life, providing new possibilities and potential extended value for devices that might otherwise be forgotten in desk drawers or discarded.”

Samsung has once again taken lead on Apple by showing the capabilities of their older smartphones. Recently, Samsung turned their Galaxy Tab tablet into an Ubuntu (OS for PCs) laptop. As we earlier reported that Samsung Galaxy S7 is still beating out the iPhone 8, according to consumers test report. As for now, it appears that Samsung has been able to get more love from people due to its innovative projects like these.

Read Also: A guide on how to buy Bitcoin in Pakistan 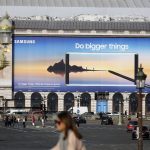