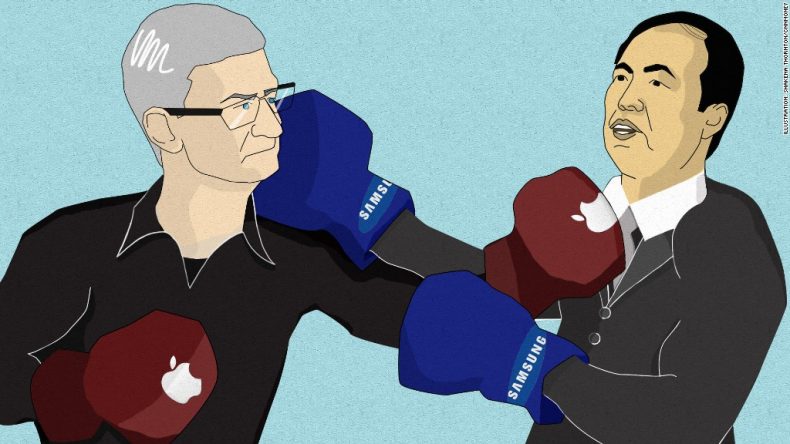 Samsung and Apple are once again facing each other for a second patent infringement suit which will begin today at District Court of Northern California, US. Judge Lucy Koh will preside over the case.

The Judge Lucy Koh has signed an order for the two tech giants to meet again in court to estimate how much Samsung has to pay Apple for violating three patents. The Judge said that damages will be determined by “article of manufacture”, considering damage to be the part of the product and not the entire product.

Samsung had earlier appealed for a retrial to determine the cost of damages. The Judge wrote order accepting appeal of Samsung,

“The Court finds that the jury instructions given at trial did not accurately reflect the law and that the instructions prejudiced Samsung by precluding the jury from considering whether the relevant article of manufacture… was something other than the entire phone.”

Apple and Samsung have faced many lawsuits since 2012. In late 2016, Supreme Court faced a question of how much money Samsung owes Apple for infringing three patents.

Google is also expected to play a big role in this lawsuit with the testimony of executives like current vice-president of Android engineering Hiroshi Lockheimer and former Android Chief Andy Rubins. These executives will prove that Android was developed without an influence of iOS and Apple. From Apple’s side, Phil Schiller will testify on the development, design, and marketing of iOS and associated hardware.