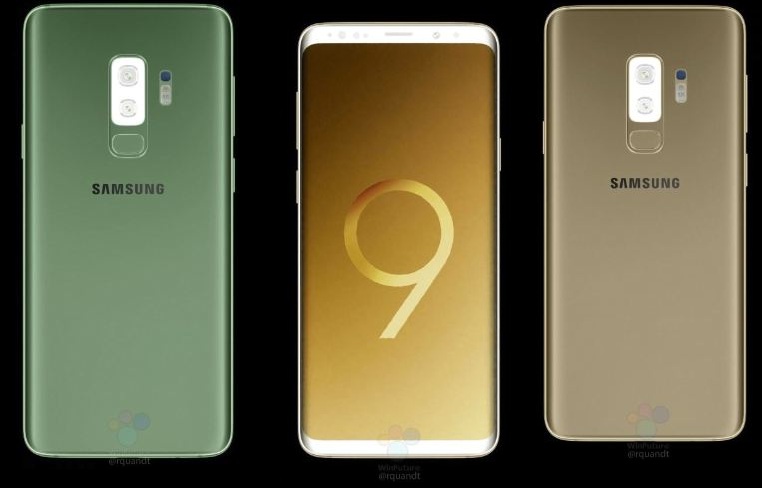 The Galaxy S9 variants are launching next week, but the renders and specs have just leaked via a German site. So finally it’s true, the Galaxy S9 will be the first Snapdragon 845 smartphone that will sell in the US, while the other markets get the Exynos 9810-powered Galaxy S9.

The leak suggests that the phone will have the same Infinity Display as the Galaxy S8 on the front, while the fingerprint scanner and camera are placed on the back in a vertical setup. The bigger Galaxy S9+ will come with dual cameras, as previously reported.

A Twitter user Roland Quandt has also leaked the specs of the devices. He reveals that the Galaxy S9 will have a 5.8-inch AMOLED display with 2960 x 1440 resolution, while the Galaxy S9+ display panel will be 6.2-inch. The chipsets of both variants will have octa-core CPU, but the Exynos 9810 will be clocked at 2.9 GHz, while the Snapdragon 845 runs at 2.6 GHz.

The 12 MP camera of the Galaxy S9 is expected to be the big change for Samsung’s S-series flagships. It will have a “variable aperture” that goes from f/1.5 to f/2.4, according to the presumably lighting conditions, quite similar to how we see things. The dual camera setup of the Galaxy S9+ will have the same primary sensor, coupled with 12 MP secondary cam with f/2.4 aperture, that is most likely the same as the Galaxy Note 8‘s second shooter.

Samsung will likely introduce two RAM options, the smaller flagship will have a 4 GB of RAM, while the Plus-version will come with 6 gigs of RAM. Both will have 64 GB storage, whereas microSD slot could add 400 GB more with a memory card, of course.

Both smartphones are likely to boast Bluetooth 5.0 and USB-C. Samsung will keep the same 3,000 mAh/3,500 mAh batteries in its flagships that will last longer due to the improved power efficiency of the new chipsets.

Interestingly, Samsung could still have a few more surprises for us, so stay tuned with TechJuice for more on the new Galaxies. 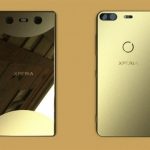 Sony might launch a new phone at Mobile World Congress