Samsung’s Unpacked Event 2015 just ended, and like we expected, the smartphone giant has gone ahead and announced two of its biggest (literally speaking) phones this year. JK Shin, President & CEO of Samsung, could not resist flaunting the fact that Samsung was a pioneer in big phones. He stated, “We push ourselves first and then, others follow us,” clearly mocking Apple’s pursuit of bigger smartphone, the launch of iPhone 6 last year. 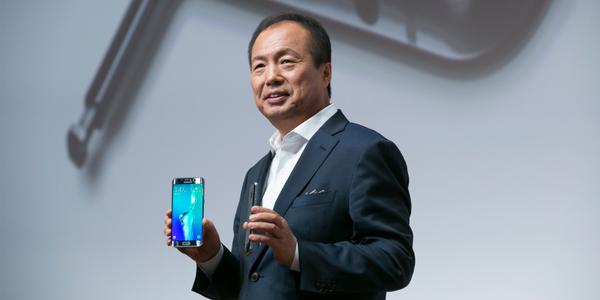 Samsung did not announce any extraordinary features for its two smartphones rather almost all features were mere enhancements on the previous models. Moreover, both smartphones have bigger screens yet smaller dimensions. It is another way of saying that these smartphones have been made a little elongated for fitting them into your hand, much like iPhone 6.

Both smartphones can shoot 4K video with a capability of live broadcasting any video directly to your YouTube account. Moreover, Samsung has introduced SideSync, an app that will allow you to sync your laptop screen to your smartphone. This app is compatible with both Windows and MAC laptop.

Both the phones will go on sale on the 21st of August and although Samsung hasn’t announced the pricing, except the Galaxy Edge Plus to be around $100 more than the Galaxy Note 5.

Samsung has kept most of what was good about the Note series, like the S-Pen and the gigantic phablet series. This time, Samsung has brought over the design-language used in the S6, which means the Note 5 is made from much nicer materials such as a glass front and an aluminum back.

Knowing Samsung, we would be surprised if its releases didn’t have some gimmicks and the Note 5 does also comes with a gimmicky feature, it has a curved back. Not completely curved, but curved at the sides, which according to Samsung “will make one-handed use a lot easier”. Imagine the S6 edge’s curved screen, that’s what the Note 5’s back is like. We’ll have to wait for the reviews to see if this is a good thing or not.

Among other improvements, Samsung seems to have drastically improved the S-Pen. It is longer, nicer, has increase pressure-sensitivity, and better writing performance. You also won’t need to turn on quick notes for writing with the pen after pulling it out like with the Note 4.

See Also: Will Samsung ever be able to make a comeback?

In terms of specifications, the new Note’s display is the same 5.7 inch Super AMOLED screen with Quad HD resolution, comes with 4 GB RAM, a non-removable 3000 mAh battery and Samsung’s octa-core Exynos 7420 processor while the storage options include 32 and 64 GB but no expandable storage. The rear camera is 16 MP with OIS coupled with a 5 MP camera on the front. Both the phones sport fingerprint sensors as well like the S6. 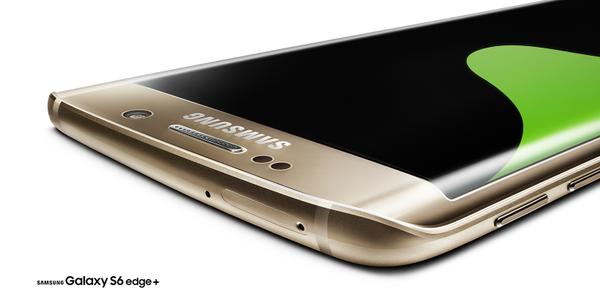 The Galaxy S6 Edge Plus is basically the S6 Edge, but with a bigger display and dual edges. Surprisingly though, Samsung has managed to fit a much bigger display without increasing the overall dimensions much and what’s even more surprising is that the Edge Plus is even a hair thinner at 6.9 mm, compared to the Edge’s 7 mm. It’s like someone took a roller pin and flattened the Edge out.

Other specifications are the same as the Note 5. Both the phones lack expandable storage and removable batteries, a bummer for hardcore Samsung fans. The S6 Edge Plus comes in three color options: Black Sapphire, White Pearl, and Gold Platinum. 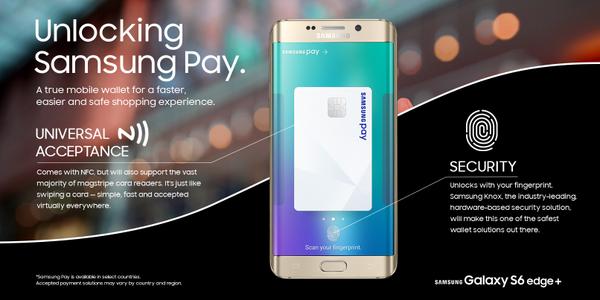 Samsung is pushing forward with its own payment option, Samsung Pay. This is a clever payment service that works everywhere your credit cards can normally work. It is using a new kind of technology called “Magnetic Secure Transmission” that transmits magnetic codes to the credit card reader machines. It will launch in South Korea on 20th of August, then hit the US on the 28th of September and afterward to other countries around the world. 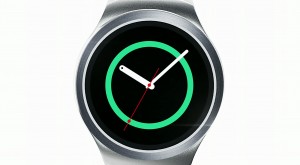 We were also given a brief and flashy sneak peak of Samsung’s next smartwatch, the Gear S2 when Samsung played a short teaser video at the end of its Unpacked event. We have to say that the smartwatch looks pretty enticing and is quite a looker with it’s completely round face and futuristic yet simple design. However, Samsung will announce this smartwatch at IFA on the September 3rd of this year. It called upon all developers to come and develop innovative apps for the Samsung Gear S2. 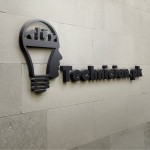 Technician.pk is the solution to all your technical maintenance issues