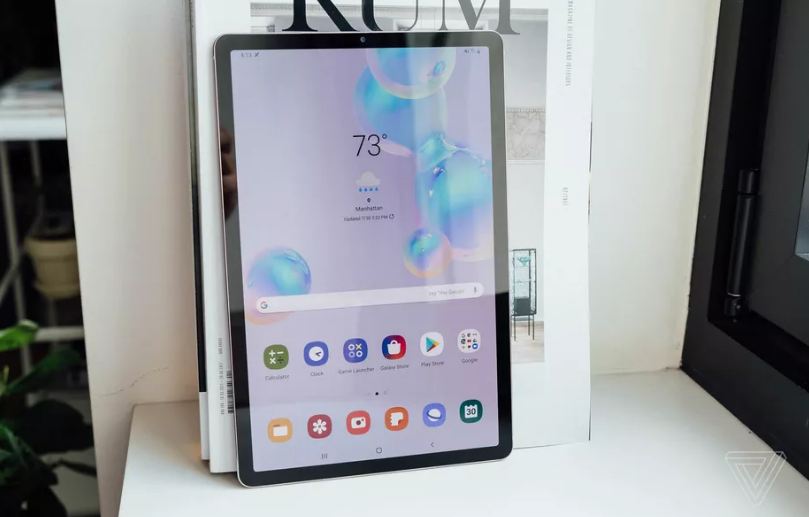 Just like its rivals, the Tab S6 supports pen input (a stylus is included in the box) and it can be attached to an optional keyboard case. Tab S6 has a 10.5-inch OLED screen (2560 x 1600 pixel resolution), similar to the outgoing Tab S4, but Samsung has trimmed the bezels a tad to make the overall footprint smaller. It has also traded the facial recognition login system for an in-screen optical fingerprint scanner.

As far as the back design of the device is concerned, the Tab S6 has a dual-camera system with a standard lens and a 123-degree wide-angle lens. The back is also home to the most interesting part of the tablet: a magnetic strip that lets the included S Pen stylus attach to the tablet. Like the iPad Pro and the Apple Pencil, the S6 can charge the pen when it’s attached and it even has a similar on-screen charging notification when you attach it. But sticking the stylus on the back of the device is far more clumsy than on the side, and in my brief time using the tablet, it was very easy to knock the stylus off the back while holding it.

In addition, Samsung’s optional keyboard and folio cases have a cavity to cover the stylus and will likely do a much better job of keeping it attached than just the magnets alone. Meanwhile, the S Pen stylus has similar remote-control features as the S Pen that comes with the Galaxy Note 9 smartphone, including the ability to advance PowerPoint slides or trigger the camera shutter remotely. 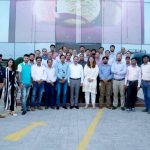 Engro showcases technology used in its dairy plant at Sahiwal