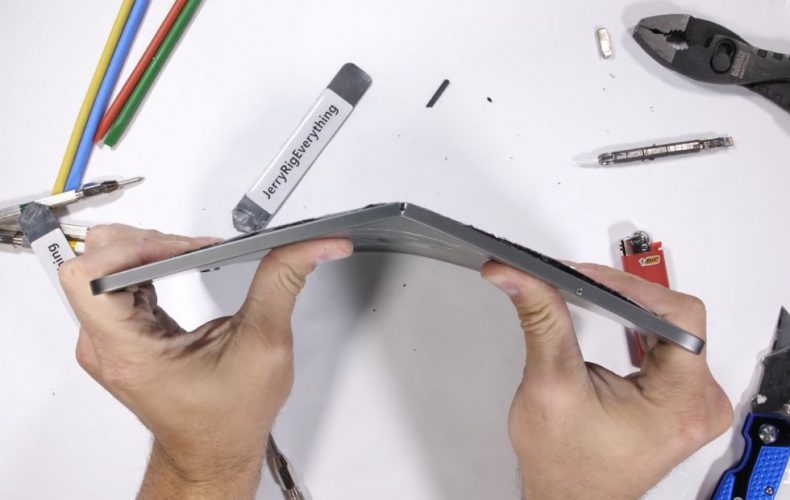 According to a new video that is taking the rounds on social media, the newly launched iPad Pro from Apple seems to bend and break very easily.

A new video which comes from a YouTube channel, JerryRigEverything, shows us that bending iPad Pro using hands and even slightly wouldn’t be a very good idea. The video which went viral just yesterday, shows the new Apple iPad Pro first breaking into half and then shattering into pieces as it was bent using hands and with seemingly very little effort, The Verge reports.

JerryRigEverything further mentioned that the bending was seemingly possible because of holds and cutouts found on either side of the Aluminum frame. In the middle of the tablet, on one side we have a cutout used for wireless charging while on the other side we have a hole for the microphone.

The YouTuber Zack Nelson is famous for his signature bend tests which he performs on smartphones and tablets that he gets his hands on. Tablets are generally not as sturdier as compared to the smartphones, simply because of the large surface area-to-width ratio and many other tablets can also bend and break when pressed with hand. Considering iPad Pro is the most premium iPad offering from Apple boasting a hefty price tag, ample sturdiness tests must be performed and quality materials must be used to make sure that everything goes as per the expectation.

It must be noted here that this bend isn’t in anyway linked to the iPhone 6 Bendgate fiasco. The bendgate problem was a genuine issue and the smartphone could be bent even when placed in the pants’ back-pockets.