Overseas Pakistanis who intend to visit Pakistan in the near future seem worried about how much duties they have to pay for registering their non-approved phones with PTA. Issues related to their personal data abuse such as passport number are obviously a worrying factor as now new reports suggest that FIA’s airport officials were involved in stealing passenger’s data for illegal mobile registration. It appears that the Senate standing committee on IT and Telecom is looking forward to resolving their problems.

In a recent meeting held in Islamabad, Rubina Khalid, Chairperson of Senate Standing Committee on Information Technology and Telecommunications has stressed upon the need to formulate a policy through which a legislation will be passed for resolving the issues of overseas Pakistanis regarding mobile registration while coming to Pakistan.

Though the Federal Board of Revenue (FBR) have recently announced the fixed rate of custom duty on imported mobile phones for individuals as well as commercial purposes but these rates are enormous, as for high-end phones consumers will have to pay upto Rs. 36,000 taxes. Meanwhile, chairperson senate panel has said that the current service being provided for mobile registration i.e. PTA’s DIRBS was causing a lot of difficulties for expats whereas no significant decrease was recorded in mobile trafficking, which needs special attention.

While discussing the thousands of complaints received by PTA on illegal mobile phone registration, the committee asked the authorities to provide a complete inquiry report from PTA in the next meeting. A PTA spokesperson has confirmed that international travelers are indeed falling victim to fake device registrations and said that they are in touch with FIA to arrest those involved.

The meeting was attended by key representatives of Information Technology Ministry, Pakistan Telecommunication Authority, Federal Board of Revenue and Federal Investigation Agency, Senators Dr. Ashok Kumar and Taj Mohammad Afridi, and other elected officials. Meanwhile, Chairperson also asked FIA about the details of cybercrime reports against the children in the next meeting. 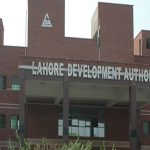