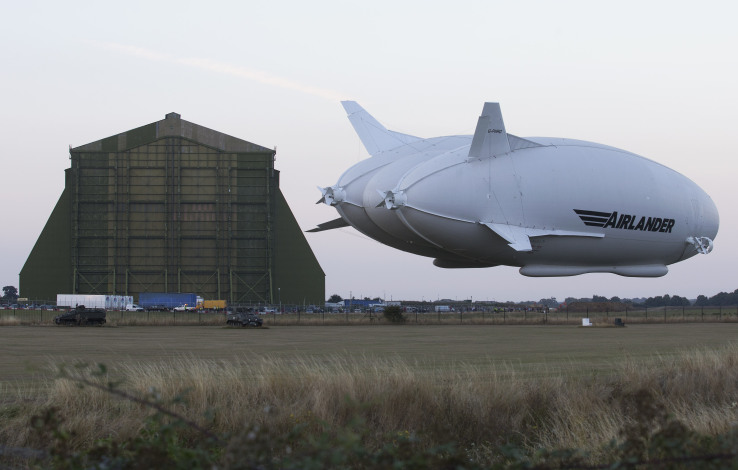 Remember when Sergey Brin jumped out of a plane with a pair of the futuristic Google Glass to promote them? Apparently, his ambitions were more about flights than the glasses. Word has come out that the co-founder of Google is working on an airship much like the Zeppelin. The project is reportedly being carried out in a hangar owned by the NASA.

There is little known about the airship project by Brin. All that is known is that he has a keen interest in airships with his interest having manifested on a visit to the nearby Ames Research Center which is run by NASA. On that visit, he is said to have taken keen interest in the pictures of the USS Macon. Macon was the name given to one of the few operational airships owned by the Navy which crushed in 1935 off the coast of Big Sur in a storm.

According to a report by Bloomberg, the Ames Research Center has been under the operation of Alphabet (the parent company to Google that is run by Brin) since 2015. However, the report states that the airship under development will not be part of the projects being run by Alphabet by Brin’s own personal contributions. Among the details known about the airship is the fact that a large structure has been built in one part of the hangar. Also, Alan Weston, a former program director at NASA, is overseeing the project whose focus is to improve on transport over large distances.

At the moment, the largest airship is the Hybrid Air Vehicles HAV 304 Airlander 10 hybrid airship which is still being prepped for major transport roles.

The world of private flight projects is a large one with many ambitious backers joining the fray. Even Larry Page, the other co-founder of Google, has joined the party with his money being on flying car start-ups. So far, he has backed Kitty Hawk which flew their car in a recent event as a sign of good things to come.