Simplifying and Improving lives by ‘MOVING’ 3.3 million Women across Pakistan 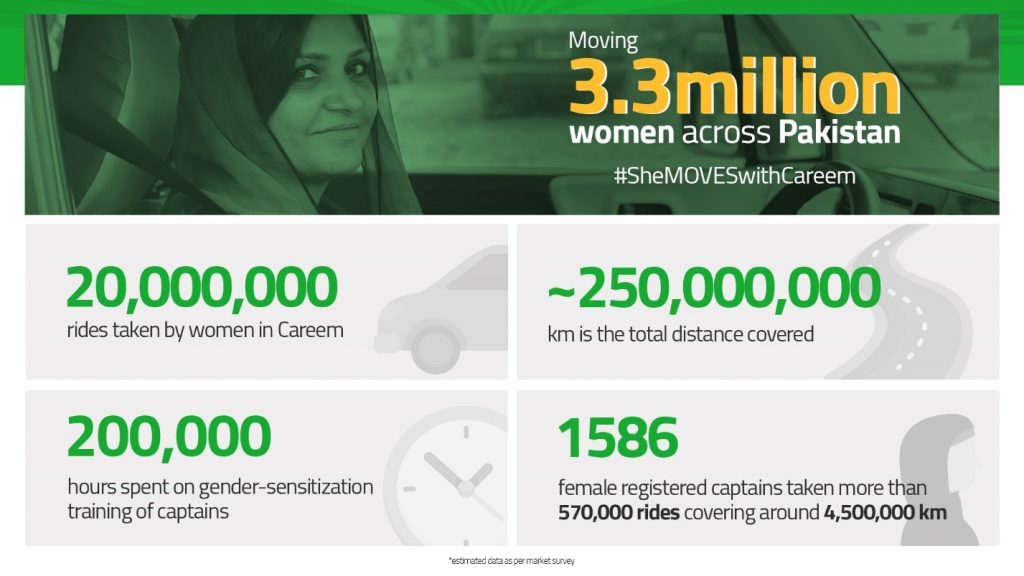 On the occasion of International Women’s Day, Careem released its 5 yearly trend (2016-2021) showing that women are on the “MOVE” in Pakistan, taking 20 million rides traveling a distance of 250 million km.

“Everyday life” is challenging for women to break stereotypes, smash gender norms and claim public spaces, however with the advent of Careem’s ride-hailing service in Pakistan there has been improvement in accessibility towards a reliable and safe means to mobility. Reiterating its commitment to provide an opportunity to be a social mobilizer leading to 3.3 million women’s empowerment of achieving their own emancipation. According to the data released by the company’s customer base comprises 65% working women and 30%+ students.

Careem’s pledge for raising the bar for safety has never stopped. There has been constant effort towards adding features such as call masking, live-tracking, Captain’s rating, facial recognition, in-ride insurance, and safety button which has shown Careem to be a premium choice for catering women’s mobility needs. On average, there are 0.09 % queries raised per million rides by women and Careem has successfully managed to maintain a resolution rate of 97%+ by further improving safety and reliability standards. Each query brings with itself an opportunity to further enhance services while raising the standards we have set for safety.

All Captains onboarded not only go through a rigorous background check but also a gender-sensitisation training before they start taking rides on the platform. More than 200,000 hours have been spent training captains by partnering with various institutions such as Aahung and UNDP.

Furthermore, Careem also took the initiative of defeating the social “shock-factor” of women driving around by providing them with an opportunity to become Captains. Today Careem has more than 1586 female captains registered who have an average rating of 4.83. Women Captains have covered a distance of 4,500,000 kilometers taking more than 570,000 rides.

“At Careem, we continuously aspire to raise the bar on safety for the industry. Women play a pivotal role in our society and we believe that providing a reliable and safe mobility service plays a key role to simplify and improve their lives. Our work to help improve safety includes pioneering new safety features, strengthening our background checks, and being able to quickly respond to any safety complaints via our dedicated Safety and Security team.” 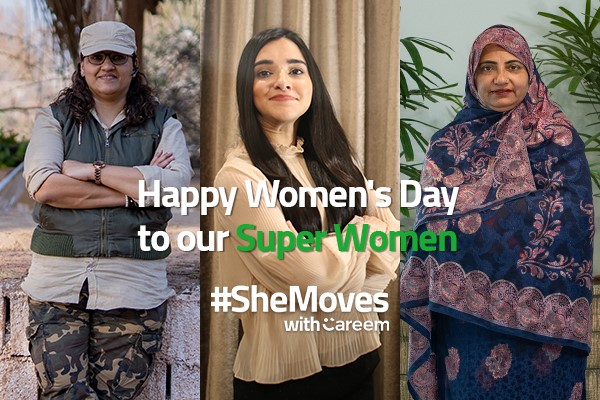 Celebrating achievements and pledging to further simplify and improve the lives of women, Careem has released a campaign #SheMovesWithCareem which highlights three women whose lives have been changed due to getting greater access to mobility. These women include Fatima Hasan (a United Nations recognized Senior UX Designer), Ayesha Lari (a social organization founder and former cricketer) and Asma Shakeel (Careem Captain and homechef). These women amongst many others, have been empowered and armed with technology platforms such as Careem that have helped them ‘MOVE’ safely. 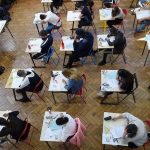