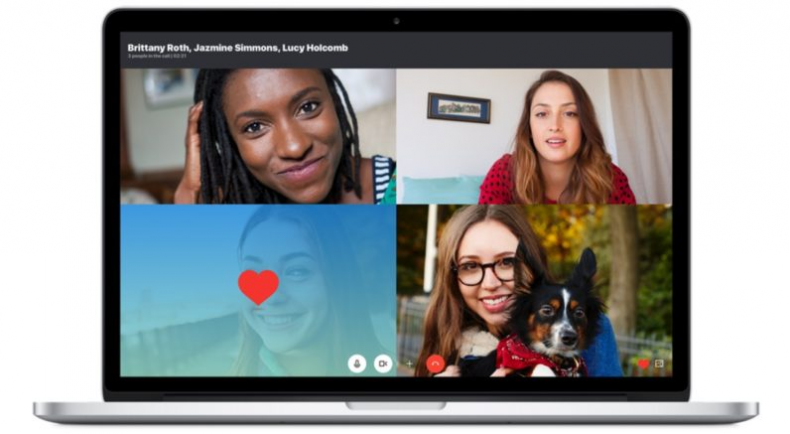 Skype, in its efforts to stay relevant, has introduced a new redesign for its desktop app that looks heavily inspired from Snapchat, Instagram, and Facebook.

The new redesign isn’t available yet on the regular Skype desktop app but can be accessed via Skype Preview. This version of the desktop app includes all the features Skype rolled out to its mobile app a few months ago. The redesign makes Skype look a lot more white, with Instagram-like color gradients in certain places.

Along with a redesign, Skype has introduced new features like @mentions, message reactions, and a new notification panel. You will now be able to address a particular person, something which can come in very handy in group chats and react via emojis to messages – a concept which was introduced by Facebook a while back. Skype Preview also brings with it in-call emoji reactions.

Moreover, the new chat gallery feature will make it easier for users to keep track of all the media files that have been shared on a particular chat. This feature can be very useful instead of having to scroll through the entirety of a chat to find something.

These features, when rolled out to the Skype mobile apps a few months ago, were met with a lot of backlash. And I agree. Skype, for me, has become a tool I use only for important video meetings or calls with friends and family I haven’t met in a while. This is exactly what Skype was intended for. Introducing these new features will only make the simple user experience of video calling more complex.

Skype Preview is currently only available for Mac, Windows 10 November Update and other lower versions of Windows. Download it here.