It turns out that Snapchat will not bow down to either Facebook or Instagram. The messaging app is testing a new feature named as “Crowd Surf”. The feature uses AI technology to stitch together video clips from various users attending the same concert to create one seamless video, which will last more than 10 seconds.

According to leading media outlets, Snapchat tested the new feature at pop singer Lorde’s performance at San Francisco’s Outside Lands music festival. After the performance began people started filming the concert while Snapchat combined their videos into a one video clip.

While the video is being played one can switch to different angles by tapping on a button which is popping at the lower end of the video. Moreover, this new “Crowd Surf” feature will also automatically switch angles as the videos go on. It would be worth mentioning here that Snapchat users can change the angle of the camera without losing the context of what’s being shown in the video.

The company asserted that it will be rolling out the new feature at a steady pace. However, the Snapchat has confirmed that Crowd Surf will be available in select event coverage.

Apart from the ‘Crowd Surf” feature, the company recently has just lifted the time limit on video recording, now allowing users to record videos up to 60 seconds. 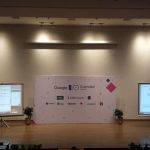