You’ve heard it right, the famous camera app that started in 2012 allowing users to send “snaps” and then destroys them immediately, is going public. According to a report from Reuters and Wall Street Journal, Snap Inc. of the parent company Snapchat, has secretly filed the paperwork for Initial Public Offering with U.S Security and Exchange Commission.

Reportedly, filing was made before presidential elections and then the shocking victory of Republican Donald Trump on November 8, 2016 shook the global trade markets. The firm has selected Morgan Stanley and Goldman Sachs to lead the IPO.

So what does ‘Going Public’ mean? As per investopedia, Going public refers to a private company’s initial public offering (IPO), thus becoming a publicly traded and owned entity. Businesses usually go public to raise capital in hopes of expanding; venture capitalists may use IPOs as an exit strategy – that is, a way of getting out of their investment in a company.

The Venice, California-based company could go public as soon as March and be valued at about $25 billion, making it the largest IPO since Chinese Alibaba Group Holding went public two years ago valued at $170.9 billion. It would be the largest U.S. technology IPO since Facebook’s debut in 2012 with a value of $81.2 billion.

Filing confidentially is allowed by U.S SEC for companies with revenue of less than $1 billion under JOBS Act. Twitter, Twilio, Box are some of the companies which have filed this way. Snap could become one of the largest filings in the tech space in the last two years.

Recently, in September, Snap had rebranded itself as a camera-company and launched its first hardware device called Spectacles. With 150 million monthly active users and many clients like Alibaba, Benchmark, Yahoo etc., it would be interesting to see how the offering goes and how the public and advertising agencies take it.

Market for tech companies’ IPOs has always been shaky. So, investors are really hoping that this huge step from Snap will incite other tech companies to do so too.

As per reports, a Snap spokesperson has declined to comment on the news at the moment. 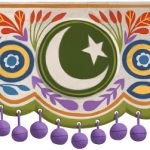