Strings Can Delete Embarrassing Texts From The Recipient’s Mobile

I sent about 20 texts containing the same message to an unintended number by mistake and I could not be more embarrassed. Now, if this crazy series of messages were received by my friend (who is aware of this type of prank!) I would not have ended up switching off my phone and wishing for a time machine.

You may have had such incidents with text messaging which might even be more embarrassing than mine such as sending an ill-willed message to your boss or someone you do not like. Ouch! And suddenly, time machines does not seem a crazy idea! Don’t worry, we have an app which can save you from getting fired. Well, maybe.

Strings can delete a text message permanently from both your phone and any phone which received the text message. Also, your friends will need your permission for downloading any photos or videos that you have shared with them.

There are apps available to avoid smartphone mishaps such as Invisible Text, Ansa and On Second Thought but Strings is the first messaging app that allows users to have total control over their content.

“The challenge with ephemeral messaging apps is that they treat all content like it’s created equally, but we shouldn’t have to delete everything in order to delete some things. Friends can download content you share, but only if you approve. Screenshots are detected and users are banned after violating this three times. And of course, you can delete a string you create if, and when, you choose to and it will be deleted everywhere. From start to finish, users control their conversations on Strings.”

This app is kind of a dream come true but the only downside is that the receiver’s phone should have Strings installed in it too. Moreover, Strings cannot stop from receiving the text in the first place and the app is only compatible with iOS for now.

We hope that this app will soon be available for Android. Until then, make sure your boss gets this app installed on their iPhones. 😉 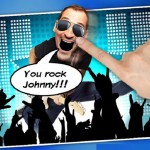 That’s How Pakistanis Roll in Times of Crisis!