Sharing his views, Nadeem Hussain, the founder and outgoing President and CEO of Tameer Bank, said: “There is nothing more satisfying than seeing one’s efforts turn into a remarkable success, which is reflected in Tameer’s acquisition by Telenor Group. I’m pleased to pass on the torch to Ali Riaz Chaudhry who possesses the right experience and skills to take Tameer Bank to new heights.” Nadeem will join Tameer Bank’s board as a Director.

Ali’s appointment came at a time when Telenor Pakistan is transferring the management of Easypaisa to Tameer Bank. Upon assuming his new role, Ali said “We bid farewell to Nadeem Hussain, a very competent leader who transformed his ambitions into an immensely successful reality. I am excited to be a part of Tameer Bank.”

Highlighting that Tameer now has an even stronger platform to scale digital financial services due to the convergence of conventional Microfinance banking and branchless banking, Ali emphasized, “We take pride in driving innovation for the entire financial ecosystem in the country. Our strategy remains transforming ‘banking-for-a-few’ to ‘banking-for-all’ and empowering Pakistanis on a larger scale than ever before.”

Michael Foley, Chairman of the Board Tameer Bank, said, “While I welcome Ali Riaz Chaudhry aboard,  I pay my respects to Nadeem Hussain, the outgoing President & CEO of Tameer Bank. He’s an inspiration for all of us for how he turned his idea of a microfinance bank into a huge success with hard work and determination. As Nadeem moves on to assume another key role, I am convinced that Ali Riaz Chaudhry will carry Nadeem’s mission forward and bring more success to the bank.”

Prior to his appointment, Ali Riaz Chaudhry has held various executive positions at large international Banks like Citibank and Barclays across Asia, Middle East, Africa and Europe. He served as the CFO for the Middle East and Africa regions at Citibank, Global Consumer Bank and led Citibank’s Global Consumer Business in Egypt. He was also the Managing Director for Barclay’s largest payment business (Barclaycard) in the UK. 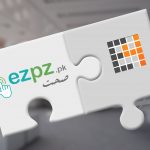