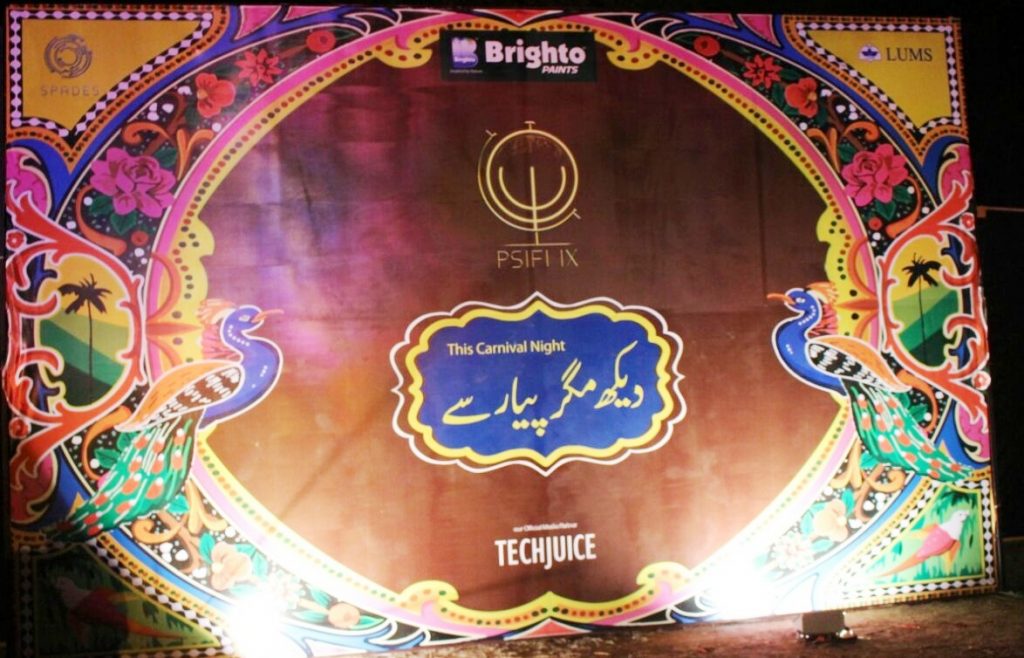 LUMS Psifi’s second day ended on Sunday, yesterday. The first day of Psifi consisted of the opening ceremony and the first rounds of some of the individual academic events. The second day kicked off with 4 events being held simultaneously between 9 and 11 AM. One of them was “Siege”. This event was held beside the parking area under the open air. In this, teams were required to make life-size catapults. Each team was given a set of 8 bamboo sticks along with miscellaneous tools like tape, a pair of scissors, a tennis ball and a “spoon”. The teams were required to make a catapult using the given resources and then test them. The judging of their models will be held on the third day, wherein factors like the range and accuracy will come into play to help the judges determine the best model.

The second round of Avionics aimed to put the aeronautical knowledge of the participants to test. Each team was expected to make hot air balloons. They were provided with tools like a sheet of aluminum foil, lighters, a pair of scissors and candles etc. Each of the 11 team made makeshift hot air balloons using the given tools and then continued on to an open-air area to test out their creations. The host team and the event heads were accompanying them, taking on the role of judges. The judging criteria included factors like how long the hot air balloon stays afloat and the overall design. Unfortunately, however, none of the teams’ hot air balloons flew. All of them grounded immediately upon launch, something which upset every spectator and participant alike.

The first round of Vined Up aspired to bring out the jokers and memelords in everyone. It revolved around the captioning of images and vines. Images of personalities like Nikola Tesla and Albert Einstein were shown to teams, who then had to come up with captions for the images, i.e. make memes! People were shown the iconic image of Einstein pointing to his head along with a video of Bill Gates dancing at the launch ceremony of Windows 1995.

The first round of Tech Wars consisted of a Treasure Hunt, wherein each team was given an initial clue which lead to a specific location within the LUMS campus premises. The location extracted from each clue contained a piece of paper having a riddle. The answer to each riddle lead to another location and thus another riddle. In total there were 15 riddles. The answers to each of the 15 riddles were to be given to the event heads who then verified the answers with those stored in 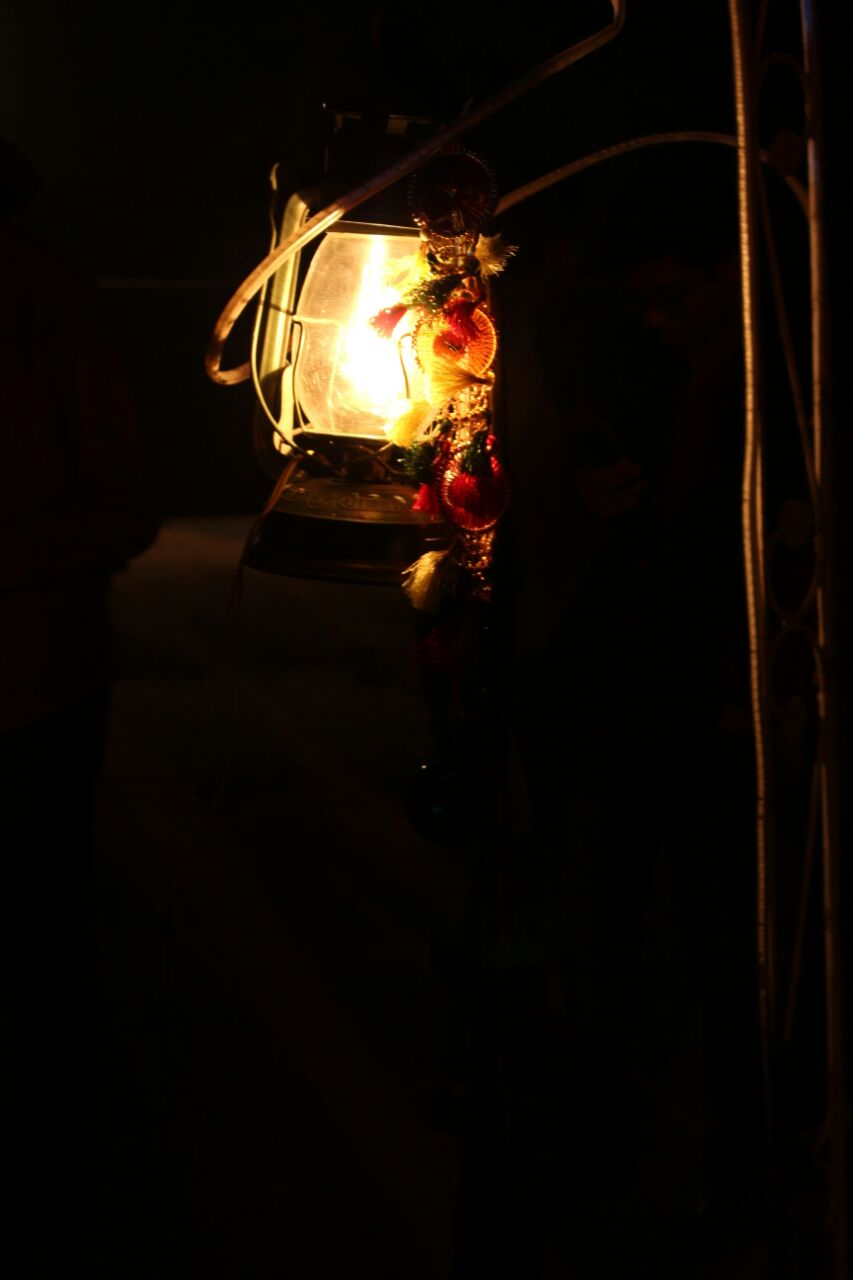 their registers. The teams which got all the 15 riddles right were then given a Scavenger List containing items that had been laid out throughout the campus. Finally, the teams which managed to find the items the quickest won the round!
The first round of Race to Infinity consisted of a trivia regarding the highly-loved series, Friends. A questionnaire was given to each team containing 12 questions. The event had a peculiar hint system. Whenever a team required a hint, a member would have to go to the host team. The host team would then provide the participant with an image, which would then be used by the member to come up with a meme! If the meme was genuinely funny, the member would receive a hint. If the host team doesn’t like the meme, the team would receive negative marking.

The first round of ‘Think’ put the first day’s brief to good use. Teams were given a question paper having 3 parts and an additional bonus part. The first two parts had 15 and 5 parts respectively, while the third part had a scenario pertaining to a security situation that had to be avoided by decrypting a series of messages exchanged between 3 imaginary individuals who had entered the campus premises using fake IDs. The bonus part required the teams to come up with funny content. This part carried 15 marks in addition to the 108 marks of the other 3 parts, thereby presenting a potential make-or-break situation.

The first round of Diagnostic Dilemma carried the theme of the ongoing Refugee Crisis in Europe. Five members of the host team took on the roles of patients in a refugee camp and each participating team took the role of paramedics. Each team had to bring up a makeshift tent using bamboo sticks, a rope and three pieces of cloth. Once done with the tent, the teams were tasked with prioritizing the 5 patients in order of severity using colored cards. Once done with the prioritizing procedure, teams had to provide first aid to the patients in order to adequately treat them. The judging criteria included marks for efficient use of resources along with the creativity of the teams in coming up with plausible solutions.

Once the academic events ended, the first social of Psifi, the Carnival kicked off. The carnival was held right beside the free parking area. The theme of the night was “Desi”, obvious by the tagline “Dekh, Magar Pyaar Se!”. There was an amazing dancefloor paired with a highly skilled DJ who constantly kept on playing tempting trances which brought everyone to the dancefloor. As per norms, the carnival area contained various food stalls, giving the area a proper “food street” touch. Last but certainly not the least, the Carnival area had two bonfires going on which helped reduce the chilly effect present in the weather.

This brings an end to the second day, check back tomorrow for our coverage of the third day!

About Psifi IX: It is the flagship event of the LUMS’ Society for Promotion and Development of Engineering and Sciences and has rustled up over 1000 delegates from around the country. Psifi is based on 16 individual academic events, which started on the first day and will go on till the 16th of January, which is the last day of the series of events. 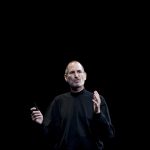 10 things that are really worth your time