As the deepfake boom continues to unfold, several apps that rely on breathtaking technology to deliver stunning results have surfaced. From allowing you to make funny videos of yourself by altering or animating selfies with hilarious sound effects to digitally resurrecting dead family members by creating a highly realistic video out of their old pictures or letting you manipulate a celebrity’s photos with your expressions, “deepfake technology” presents a lot of room to be creative.

But, what if you could appear in a job interview on Zoom in a suit while being physically dressed in your pajamas in reality? That’s exactly what the xpression camera app by Tokyo-based EmbodyMe, Inc. offers.

xpression camera allows you to transform into anyone, anywhere, at any time & aims to ultimately make it possible to appear in online live video calls without a physical camera by having A.I replace your physical self on screen.

The CEO of EmbodyMe, the startup behind xpression camera, Issay Yoshida, told me that his goal goes far beyond what deepfake technology can achieve as of now. In this TechJuice interview, he gives us an exclusive insight into his startup and spills the beans about how the app works, the future of deepfake tech, and more.

Note: We don’t feel the need to get into the nitty–gritty about what the deepfake technology is and how it works. As a netizen, everything you need to know about it is a click away!

Ahsan: Tell us a bit about the app

-We all know about the deepfake technology, but could you explain to our audience exactly what xpression camera lets them do in detail?

Issay Yoshida: Of course! xpression camera allows users to fully control their experience during peer to peer audio-visual conferencing free of worry about appearance and background for content creators, influencers, working professionals, and the everyday consumer alike. It empowers people to put their best face forward – or any face they choose, whenever the urge to switch the camera off takes hold.

xpression camera works with any photo or video. Users can utilize it while engaging on any video chatting or live streaming platform, including Zoom, Twitch, Microsoft Teams, Google Meets, and YouTube.

Our ultimate goal is to allow everyone to effortlessly create any visual content they can imagine using deep learning. We intend to improve our technology, enabling users to generate and control any visual elements in an image or video for professional video production and video chat.

-What led you to create it?

Issay Yoshida: The Covid-19 pandemic led to a growing number of people migrating their personal and professional lives online, with unprecedented growth in virtual events. The “Zoom fatigue “phenomena emerged resultantly amid concerns regarding on-camera appearance, which became a pressing issue for most. Here is when the concept for xpression camera emerged.

Having the freedom to control the movements of anyone’s face and head using an image or video in real-time offers a new range of possibilities for creating original video content and forward-looking telecommunication solutions.

Ahsan: Several apps are competing with yours and enjoying a greater user base than yours. What sets your product apart from WOMBO.AI, or what “My Heritage” is doing?

Issay Yoshida: The technology employed by the xpression camera is at least 50 times faster than WOMBO.AI, My Heritage, or that of any of our competitors.

Additionally, other apps work only on images with a maximum resolution of 512×512 pixels but our tech works on Full HD images and can handle videos as well, which the other apps are incapable of doing at the moment.

Our product also works in real-time. Moreover, the use of the xpression camera does not require preprocessing time, unlike the aforementioned apps, so you can animate any image or video you want without any wait time. The measure of control and creativity xpression camera allows in enabling users to redefine and reproduce their own likenesses is unparalleled.

Ahsan: I can see that you are offering quite a lot. But, what is the most exciting feature of your app, or could be in the future, as it evolves?

Issay Yoshida: Presently, the xpression camera allows users to imprint their facial expressions and head movements onto anyone they want in an image or video while chatting on apps like Zoom, live streaming on Twitch, or creating a YouTube video.

Ahsan: I have noticed that most deepfake apps, including yours and your biggest competitor – WOMBO.AI don’t cover the entire upper half of the body; could that change?

Issay Yoshida: The app requires a camera to read facial expressions and head movements for the time being. However, we are developing technology that will allow users to animate images and videos from just voice or text recordings, giving users three different mediums to create content while using xpression camera.

These features will eliminate the need for users to utilize a web camera during video chats if they care to opt-out, and allow for more flexibility so if they happen to be doing household chores, partaking in childcare duties, or even jogging, for example, one can still seamlessly and effectively use the app.

Ahsan: Deepfakes are hot right now, and newer apps based on the technology keep hitting the market. Any predictions about what tech like yours, i.e., “deepfake” /A.I could achieve further in the future? I mean, can I hope to impersonate robots someday?

Issay Yoshida: Well, I don’t know about impersonating robots, but I see AI-powered deepfake technology effectively penetrating the visual media and entertainment industries. In the future, technology like ours could be used as a legitimate tool for TV and movie content creation.

For instance, the deepfake tech could allow actors to collaborate from different parts of the world and perform from the comfort of their homes without physical cameras and create high-quality movies and TV programs.

We think that Deepfake enabled artificial intelligence could enable film directors or producers to execute their visions by selecting talent and manipulating their movements and speech in any way they desire directly with deepfake technology. It will empower us to transcend our immediate realities. 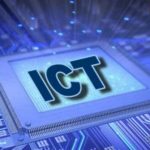