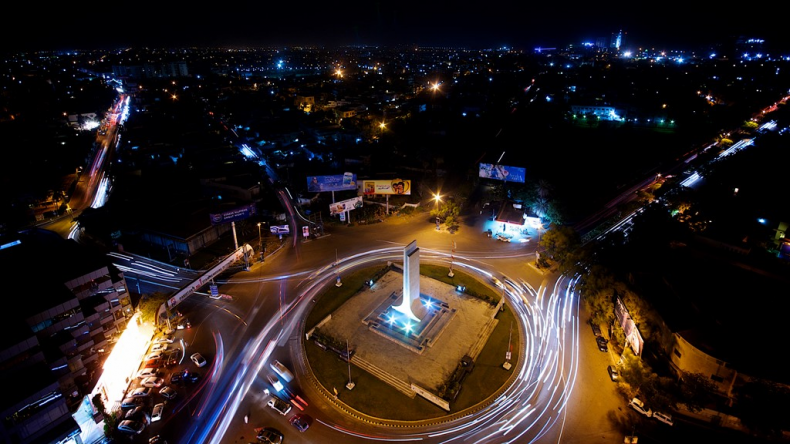 A female professional was asked to step down from her position by Creative Chaos Software Services, a technology outsourcing company, on the grounds of following religious obligation.

A Facebook post, published by a peer of the newly hired recruit, narrates that Creative Chaos hired the woman as an Associate Talent Acquisition Officer. However, when she started the job she was informed by the line manager that if she wants to continue her work at the company, she would have to take off her hijab off as it did not represent the company’s brand image.

The young professional took the discriminatory behavior to the CEO Jawwad Kadir and demanded why she was hired in the first place if it was against the company’s policy. Kadir accepted that it was a mistake on their behalf and they do not hire professionals that reflect religion in their appearance. He also went on and suggested her to apply to Islamic banks as she will be better suited in such an organization.

When the newly hired woman asked the CEO to document the reason in her termination letter, he refused and asked her to write a resignation letter herself. The line manager also warned her against pursuing any legal action as this could have an adverse effect on her career.

I don’t usually do this but what happened today is utterly out of my understanding! So a friend of mine recently got…

After the Facebook post was published it immediately went viral. The unethical behavior of the company was not only sharply criticized but previous employees and interviewees started similar discriminatory experiences at Creative Chaos. After the post went viral, Kadir issued a letter admitting to the incident and apologizing to the candidate.

A part of the letter reads,

“Our values and ethos are built around creating a high-performance culture based on meritocracy, growth, mutual respect, and collective tolerance. We only appraise you on your skills, qualifications and the value you create for our customers. it added.

Your religious beliefs, political beliefs. your gender, your ethnicity and anything that you consider as part of your identity – do not matter and you should never ever be discriminated against for any of these reasons, it further stated.
The fact that a hiring manager did not understand our company’s values and ethos is a failure on our part to communicate and enforce our policies effectively. I take full responsibility for this failure and am deeply ashamed that a colleague was put through distress and trauma.”

After the apology was published, it was pointed out that the CEO failed to take responsibility for his discriminatory behavior and the line manager was used as a scapegoat to pin the entire blame. The manager has been suspended until an inquiry is conducted. Meanwhile, the company has asked the woman to take back her resignation and continue working with Creative Chaos.

Soon after the public backlash, the Board of Directors at Creative Chaos Software Services released another official announcing that the CEO and Manager have been asked to step down. It reads,

“The CEO of Software Services and the Hiring Manager were both found to have violated the ethos of the company. Both accepted their mistake, acknowledged their guilt, had deep regret and were embarrassed at their poor personal judgment. The board exercised our zero-tolerance policy for discrimination of any kind and both of them are no longer part of Creative Chaos.” 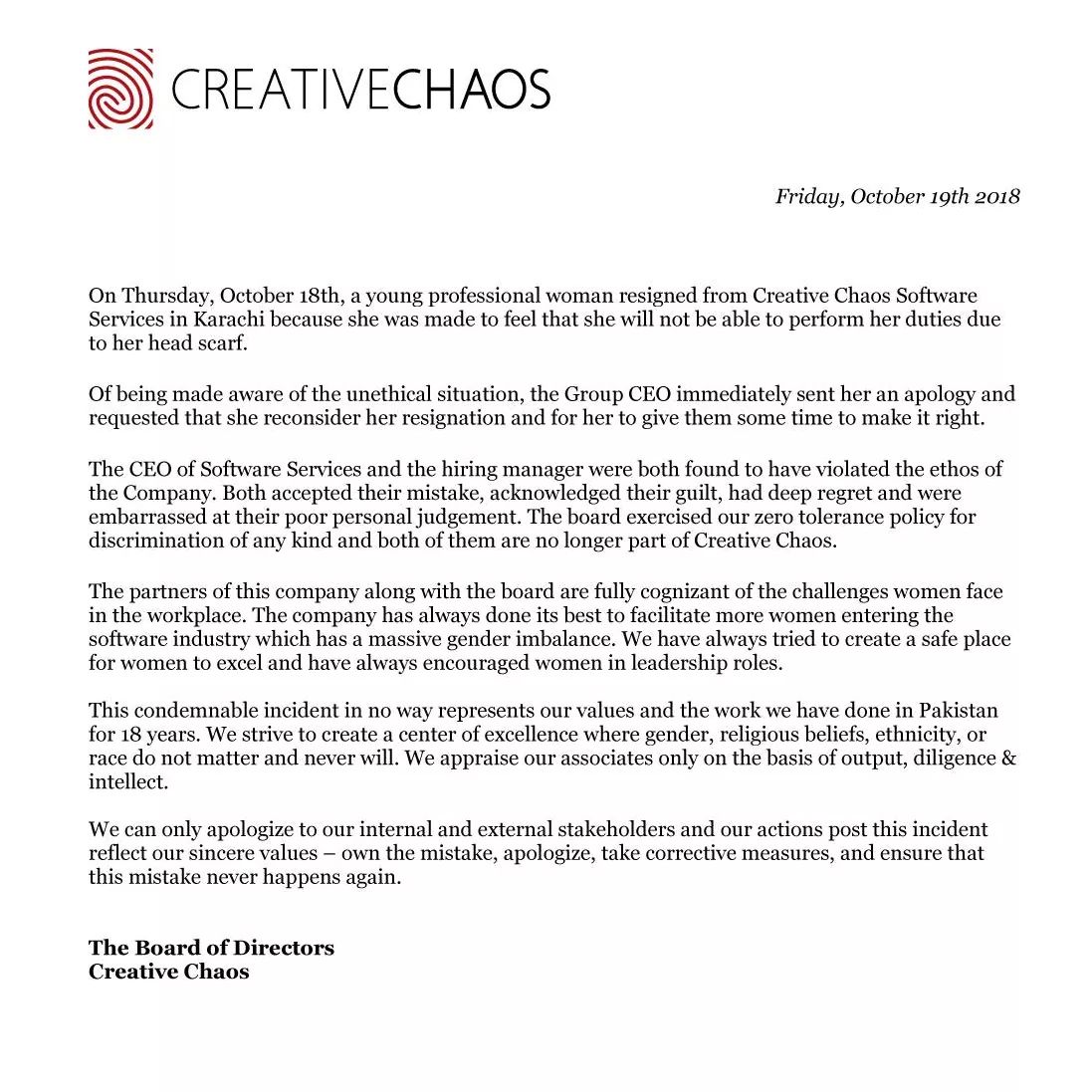 The story has been updated to include the statement of the Board of Directors at Creative Chaos Software Services.