Sindh government has agreed that telcos and local law authorities should work hand in hand for the prevention of terrorist attacks by timely data exchange. In 2008, this move was first approached but denied by the Pakistan Telecommunication Authority (PTA), insisting that such data would only be given to the intelligence agencies, but the change in circumstances have made this a more urgent matter.

The recent strings of terror attacks occurring in Pakistan have shown us the scale of damage terrorists can cause using the latest technology. Recently, Sindh government banned text messaging services in light of Safoora Carnage attack which killed more than 40 citizens. It was revealed that terrorists were using VOIP software called Talkray instead of mobile SIM for the attack. This was why they managed to fool the radar system used for detecting mobile activity.

Chair Ghulam Haider Jamali, Inspector General (IG) of Sindh Police, in attendance of the Director of PTA, professionals of all the major cellular networks of Pakistan, senior police officers from the Police Department and the Special Branch and other officers, discussed the current situation of terrorism and data monitoring in a high-level meeting held on Tuesday. All attendees agreed that the data exchange is important for preventing terrorist attacks on Pakistani soil.

“It is imperative to have immediate GSM location of high-valued moving targets to ensure timely police action.”

Previously, the police faced barriers for the use of Geo-fencing from the interior minister who has yet to give the go-ahead for the police to use Geo-fencing. Only intelligence agencies are permitted to use this tool, but the police are currently hard at work on getting the minister’s approval for using the technology.

It was also agreed in the meeting that a focal person would be appointed from each department of the Sindh Police. The CPO added;

“It was decided to appoint focal persons for all police units to remove bottlenecks in this regard to ensure smooth flow of information and timely action against terrorists and criminal elements.”

Moreover, the Sindh government have been taking several other technological initiatives for both usefulness and surveillance & security. For example, the Sindh Government signed an MOU for making Karachi the first Smart City of Pakistan with plans of introducing free WiFi, solar streetlights, and CCTV cameras for a more innovative future. They are definitely trying to improve security tech for better investigation and prevention of terrorist attacks.

What are your thoughts on this? Will this help prevent attacks? Let us know in the comments. 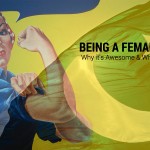