Luxury electric vehicle manufacturer, Tesla Inc has fired around 400 employees in the past week. Tesla claims that these dismissals are based upon performance and include associates, team leaders, and supervisors.

According to an email statement by Tesla, these dismissals were made after the annual review of the whole company. However, the company has not confirmed the number of employees leaving the company.

“It’s about 400 people ranging from associates to team leaders to supervisors. We don’t know how high up it went,” said a former employee, who worked on an assembly unit and didn’t want to be recognized.

Although, Tesla is claiming that evaluation and performance of employees were major causes of firing employees, yet many former employees are insisting that they were not given a bad review by the company, not even once.

A month ago Palo Alto, California-based networking company has revealed that “production bottlenecks” had left Tesla behind its anticipated expansion after the launch of the new Model 3 mass-market sedan.

In the third quarter of the current financial year, the company delivered 220 Model 3 sedans, while 260 were produced. Production of Model 3 started back in July, which had a price of $35,000 at the time of launch. It was almost equal to the half of the starting price of Model S.

Tesla, being one of the pioneers of electric vehicles was selected to provide a 100 MW/129 MWh Powerpack system to be paired with global renewable energy provider Neoen’s Hornsdale Wind Farm in South Australia, back in July.

As we earlier reported that Tesla is also developing a chip for its self-driving cars, which will work on AI-based obstacle detection and accurate vision. 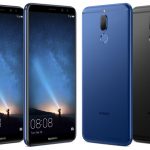