Tesla is now worth more than Mercedes

The leading electric car manufacturing company from the United States is now more valuable than the parent company of veteran Mercedes cars.

Tesla, the well-known energy and auto-manufacturer, has now crossed the parent company of famous Mercedes cars in terms of total market capitalization. The company, which is being led by Elon Musk, had crossed BMW and now it has crossed Germany-based Daimler too, climbing up to the third stop overall.

According to the stats from Clean Technica, currently, Toyota has the highest market cap followed by Volkswagen. Tesla comes in at the third spot, leaving Daimler and BMW at the fourth and fifth spot respectively. Although the take-down occurred at the end of US markets yesterday, the trends show a consistent gradual decline in the market cap of Daimler while that of Tesla had been on a rise.

As the twenty-first century has progressed, the world has seen an increased influx of technology advanced automobiles that operate on batteries and electric motors rather than the traditional fuel engines. Tesla is at the forefront leading the pack, while the cars with combustion engines are on the way out. Realizing the change in tide, Mercedes also has now vowed to start investing heavily in the electric car ecosystem.

It must be noted that Tesla is not strictly a total automotive company rather it owns a power subsidiary as well. But given the scenario, still, a majority of revenue for this company is driven by automotive sales. 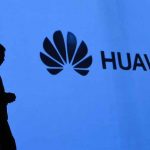