As automakers increasingly add automation to new vehicles, they are also starting to include driver monitoring systems to ensure drivers still pay attention to the road. Although most of these systems are designed to protect vehicle occupants’ privacy, certain Tesla vehicles now record and transmit video footage of drivers and passengers from in-car cameras, reports Consumer Reports.

Last week, the automaker said it studies some footage recorded from these cameras after the fact as part of its research into self-driving technology. However, this use raises privacy concerns and potentially undermines driver monitoring’s safety benefits, which is to use cameras and software to alert drivers when they’re not paying attention to the road.

Tesla’s approach stands in contrast to so-called closed-loop setups used by other automakers, such as BMW, Ford, GM, and Subaru, who told Consumer Reports that their driver monitoring systems do not record, save, or transmit data or video. Instead of capturing video, these systems use infrared technology to identify drivers’ eye movements or head positions. Such closed-loop systems do not present the same privacy concerns as systems that record or transmit data or video.

There may be legal protections around who can access it and how. Still, there’s always the possibility that insurance companies, police, regulators, and other parties in accidents will be able to obtain that data. In addition to those foreseeable uses, experts warn that malicious actors could access recorded footage or that Tesla could use it for purposes other than safety research. 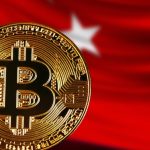