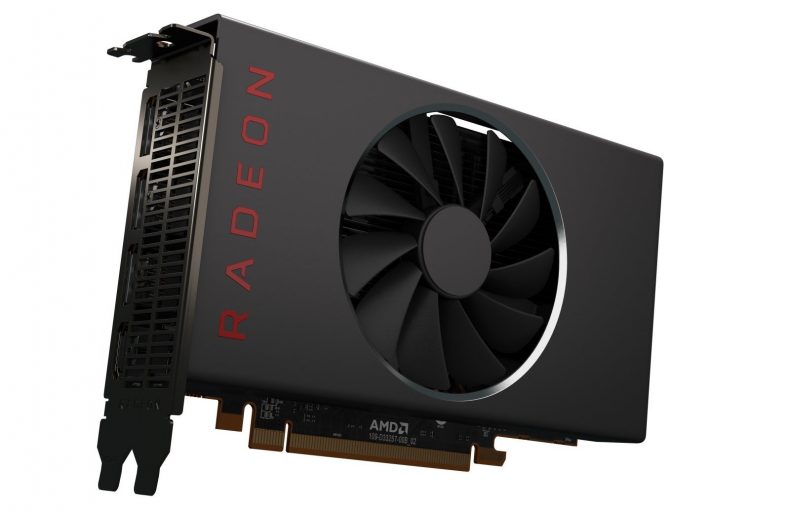 The new, affordable RX 5500 is meant to be an entry-level graphics card that will offer proper 1080p performance to gamers on a budget. Available as both a desktop and laptop variant, the Radeon RX 5500 is meant to plug a hole in the market right below the RX 5700 and will be a direct competitor to Nvidia’s entry-level offering, the GTX 1650.

Despite its entry-level status, the RX 5500 packs quite a punch. Both variants of the chip will have 22 Compute Units and 1,408 Stream Processors each. The desktop version will have clock speeds of between 1.7 GHz and 1.85 GHz, along with 8GB of GDDR6 video RAM resulting in up to 5.2 TFLOPS of computing power. The laptop version will understandably be less powerful and will clock in at between 1.4 GHz and 1.64 GHz. It will also have less VRAM at just 4 GB and will be able to achieve 4.6 TFLOPS, making it a more than a decent performer in the laptop section.

AMD is claiming that it’s GPU will be much faster than the competition, especially the GTX 1650 it will eventually compete with. The company claims much better FPS in popular games such as Overwatch, which the RX 5500 can run at 135 FPS as compared to the GTX 1650’s 89 FPS. Similarly, AMD claims 92 FPS in Gears 5 versus 60 FPS from the GTX 1650, and a jump of nearly 50 FPS above the GTX 1650 in Rainbow Six Siege. That being said, the GTX 1650 was launched way back in February so a replacement can be expected soon.

All in all, the AMD Radeon RX 5500 promises to be an excellent entry-level graphics card, especially because it is expected to be modestly priced at around $150 upon its release. It’ll offer great value for money to whoever wants to buy it, and can form the basis of a solid 1080p gaming rig.