These Google Play apps have affected 500,000 users with malware

Just recently, Google Play was updated to allow the users to test the games on the market app before downloading them. Moreover, there were some interesting Android apps launched, one of which was the Pakistan Army’s own anti-terrorism game named as ‘Glorious Resolve’.

However, the issue at hand is that the people should be very careful now when downloading apps from the Google Play Store as it has been reported that lately some apps were found to be infected with the malware.

The malware is titled as “Andr/HiddnAd-AJ” and as implied from its name, it bombards your smartphone with various kinds of ads including the full-screen advertisements, opening ads on web pages and even the notifications having the link to the ads. One thing it does tricky is that it gives the user a ‘false sense of security’ by doing nothing in the first six hours. It is after the completion of the six hours that the malicious codes actually begin to take the action.

As per the report, the apps were downloaded 500,000 times. The users who just tried the apps and deleted them before the six hours, wouldn’t have noticed a thing because the apps worked just normal. But for those who kept these for quite a while would most definitely be affected. If you are one of such people then you are advised to immediately remove these infected apps from your devices, in case you still haven’t.

However, Google has now removed these apps from the Play Store. What made the apps breach the Google’s scanning was reportedly the way that hostile codes were hidden. The files were organized and named as if they were like the normal Android app codes. 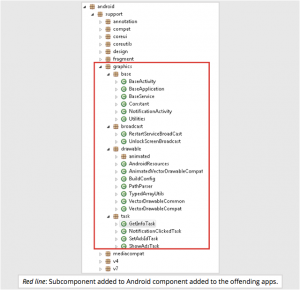 It is hoped that Google would learn from this incident and would try to tighten up its security on the Play Store. Also, it is recommended to continue using the Google Play, as a matter of fact, it is still a lot better than the third-party marketplaces out there.

As according to Sophos, “Many off-market Android app repositories have no checks at all – they’re open to anyone, which can be handy if you’re looking for unusual or highly specialized apps that wouldn’t make it onto Google Play (or trying to publish unconventional content)”.

For more on the technology, keep following TechJuice. 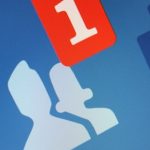