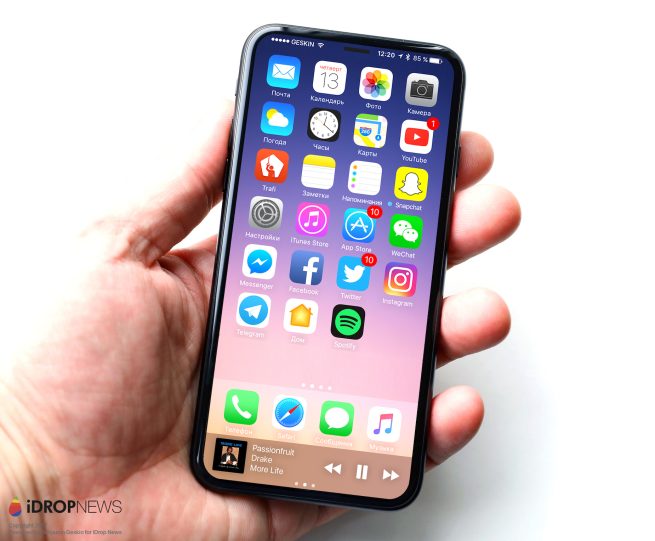 As the release date of the new iPhone 8 is approaching, new leaks and rumors about the new phone keep spreading with each passing day. This time too, a leak claims that the new iPhone will ship with a bezel-less display.

Moreover, according to the Forbes, Apple’s new flagship will house augmented reality(AR) technology. The new smartphone might also ship with a 5.8 display screen. The primary camera of the new iPhone 8 might also get a redesigned, however, it is still not confirmed that the phone will ship the Touch ID integration or not.

The phone is rumored to sport wireless charging feature. iPhone might ship in four different colors with an iris scanner and is rumored to be priced at around $1000 to $1200.

Furthermore, Forbes claims that the new iPhone will house a ‘functional area’ in iOS 11 for the notifications.

Apart from the leaks and rumors about the new iPhone 8, it would be worth mentioning here that the sales of the Apple’s Mac have declined in Q2 of 2017 when comparing it to last year’s Q2, it shipped around 4.24 million Macs, down from 4.26 million in Q2 of 2016.