This Pakistani guy traded Rs. 2 million worth of cryptocurrency within a year

Cryptocurrency is the talk of the town now. From being seen as a legal tender of hacker and a tool for money laundering to becoming more valuable than gold, it has been meteoric in its rise. Investors across the world are flocking to risk their money on this new currency, public figures are taking interest in it and some are employing technology to mine it.

Pakistan is also witnessing an increase in digital currency’s popularity in its public. Not only there are investors but also the professional traders of it. They enlist themselves on an exchange like LocalBitcoins and try to make a profit by frequently buying and selling the digital currency with every fluctuation. Yesterday, I had a chance to get in the conversation with a very young and successful cryptocurrency trader, Jazib Hussain. Driven by his will to learn the new trade, that young fella ended up trading Rs. 2 million worth of cryptocurrency in less than one year –– a big feat for a man of his age.

See also: How to buy or sell Bitcoins in Pakistan?

Jazib Hussain is a Computer Science graduate and lives in Karachi. During the conversation, he told his story and walked me through his world of crypto-trading. “First time I came across cryptocurrency during my freelancing years, when a foreigner paid me 1 BTC. I searched about it and from that day it became a bee in my bonnet,” he told about his first introduction to cryptocurrency. Mr. Jazib is a technology enthusiast, who used to offer computer software related services as a freelancer, now he trades cryptocurrency at coinigy.com under the name of Jaz Zi.

“I self-taught myself everything related to cryptocurrency: blockchain, wallets, it’s market –– every nitty-gritty detail of it. And then in January 2017, I finally started trading it,” he said. I inquired how he managed to trade Rs. 2 million within few months. “I learned to earn. It’s just like a stock market with high volatility,” he briefly replied and also quoted it as a message for new traders.

Japan has given cryptocurrency the status of legal tender. Saudi Arabia, Bangladesh, and few other countries have declared it illegal, citing their concern about its possible use in money laundering. However, as of yet, Government of Pakistan hasn’t announced any legislation about it. “Large investors are not joining in, as they don’t find any legislation about it,” he said. “At this moment cryptocurrency in Pakistan needs government’s attention. Many traders and cryptocurrencies have mushroomed but it’s hard to tell the difference between scammers and real ones unless government introduces some regulation,” he added.

Mr. Jazib Hussain’s crypto-trading business has grown considerably and now he has associates in Germany and Australia. “I also intend to launch IBEX, a digital-coin for Pakistan. Our neighbors are also experimenting on digital currency at a large scale,” he shared his plan. “Ethereum is supported by the Russian government, that’s why it’s second largest digital currency,” he added. Mr. Jazib is currently looking for other enthusiasts and supporters to join him in IBEX. 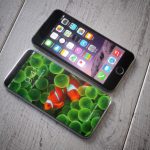 iPhone 8 to launch with a whopping $999 price tag, report