Twitter owner Elon Musk claims that he met with Apple’s CEO Tim Cook at Apple’s headquarters only two days after declaring “war” on the tech company. Musk claims that they talked about some misunderstandings and have now sorted them out and most importantly, he told that Apple ‘never considered’ removing Twitter from Apple Store.

Musk posted a video on Wednesday that appears to show the meditation pool at Apple’s campus in Cupertino, California. New York Times reporter Kate Conger said on Twitter that Apple employees saw Musk and Cook together on campus on Wednesday.

The clarification follows a cryptic tweet earlier in the day where Musk said Cook had given him a tour of Apple’s campus. In a video, you can see a shadow of two people: Musk and someone else that resembles Cook.

Good conversation. Among other things, we resolved the misunderstanding about Twitter potentially being removed from the App Store. Tim was clear that Apple never considered doing so.

If the meeting did happen, it came after Musk had some choice words for Apple and its CEO earlier in the week. Musk, who calls himself Twitter’s “Chief Twit,” on Monday accused Apple of exercising monopoly powers through its App Store. He also said the company opposed free speech.

Musk also chafed against Apple’s fees, which take between 15% and 30% of digital sales through apps on iPhones. Apple stands to make money from Twitter if Musk succeeds in his plan to significantly expand Twitter subscription revenue, and those features are sold through the Twitter iPhone app.

“Did you know Apple puts a secret 30% tax on everything you buy through their App Store?” Musk tweeted on Monday. He also tagged Tim Cook  Twitter account on Monday and asked what was going on with a potential suspension of the Twitter app.

On Monday, Musk posted several tweets criticizing Apple and arguing that its App Store moderation policies were against the spirit of free speech, a complaint subsequently echoed by Republican lawmakers. Over the weekend, he mused that he may make his own smartphone.

If Apple decided to take Twitter off its App Store, it could present a significant hurdle to the social media company, slashing into user growth. Furthermore, Apple’s 30% take could cut into Musk’s plans to charge Twitter users $8 per month for verification. 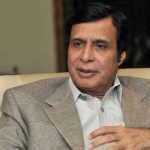