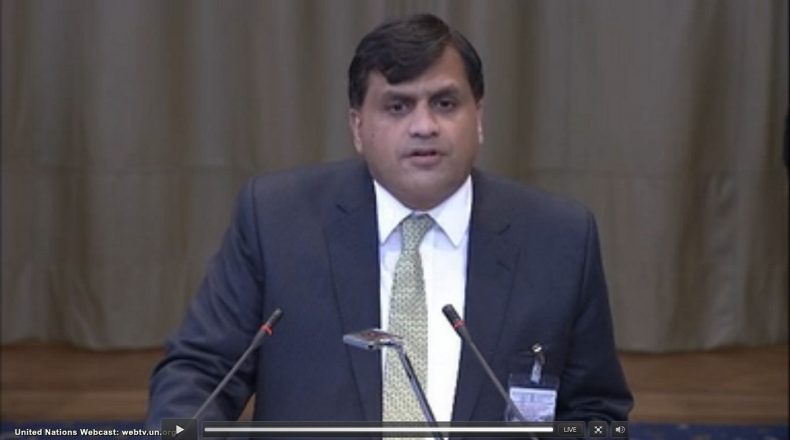 The Twitter management has suspended the personal account of Dr.Muhammad Faisal (@DrMFaisal), the chief spokesperson of the Foreign Office.

As per the local media reports, the major reason why Dr. Muhammad Faisal’s account was suspended was because the FO spokesperson continues to update his social media followers about ICJ hearing of the captured Indian spy kulbhushan Yadav and the atrocities faced by the people in Indian Occupied Kashmir. The Foreign Office spokesperson, Dr.Muhammad Faisal also manages Pakistan’s foreign office twitter handle @ForeignOfficePK.

According to various news channels and inside sources, the Indian government used cheap tactics (government influence) to suspend the account of Dr. Muhammad Faisal. It should be noted that a hacking attempt was also made on his account, two days ago. The sources further said that the Indian government had filed a complaint at Twitter’s regional office in New Delhi against Dr. Faisal’s twitter posts which subsequently led to his account being suspended. It would be fair to say that the Indian government used its influence on the micro-blogging website to suspend a legitimate account. However, according to Dr.Faisal, his account will be restored in a short time where he will continue to highlight Indian atrocities in the Indian occupied Kashmir.

The suspension comes in the wake of mass war hysteria in the Indian media. Following the ‘Pulwama incident’ Tension between the two neighboring countries have sky-rocketed in the past few days. Recently, a wave of cyber-attacks has come from across the border. Recently the Ministry of Foreign affairs website came under a cyber-attack as the site was rendered not accessible from other countries (Holland, Australia, Britain, and Saudi Arabia).

While the baseless allegations provided by the Indian media are neither accurate nor proved, the Indian government and other private and governmental sectors, however, continue their venomous campaign against Pakistan. Digital media and social networks are now being operated as a tool to pronounce political actions. Following the attack, T-Series, India’s popular music production company unlisted sons of Pakistani singers from its YouTube page while the popular sports news website and app, Cricbuzz owned by Times Internet and the official Indian broadcaster for Pakistan Super League (PSL) stopped the coverage of the league.