In recent news, Twitter is officially halting the expansion of its verification program as numerous fake accounts managed to get a blue check on their accounts. The company has mentioned that it will be working on the blue check’s respective review process and application so that only actual people may receive the checkmark. However, as of now, the company will not allow new people to even apply for verification of their accounts.

Verification of Twitter accounts is a fancy way of giving Twitter users an official blue check which basically states that the account you hold is your official account. This blue check has mostly been seen on celebrities’ and athlete’s accounts. If you have applied for verification in the past then chances are that your application may still be under review.

We’ve temporarily hit pause on rolling out access to apply for Verification so we can make improvements to the application and review process.

For those who have been waiting, we know this may be disappointing. We want to get things right, and appreciate your patience.

Moreover, Twitter has added that it won’t be making any changes to the criteria of the verification process the only changes there would as to security to ensure that only actual user accounts apply for verification.

However, this isn’t the first time that Twitter has paused its verification process as the process was paused in 2017 as well after the company had received backlash for verifying one of the organizer’s controversial accounts behind the ‘Unite The Right’ rally in Charlottesville. 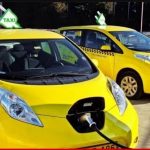