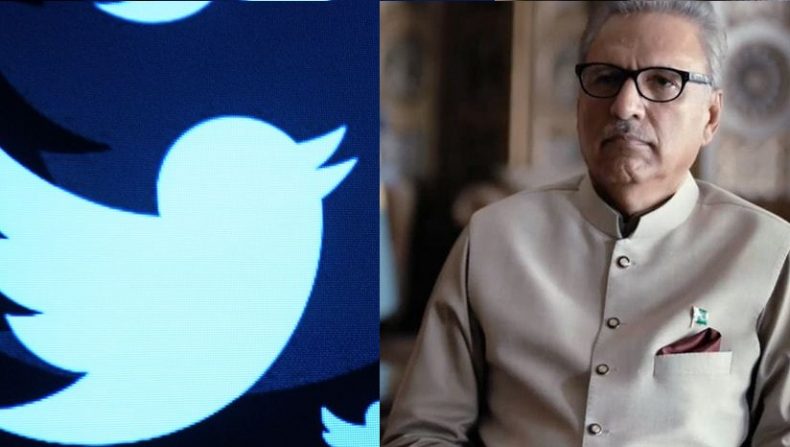 Just after banning accounts of Pakistanis speaking in favour of Kashmiris during the course of past couple of weeks, the microblogging site Twitter has recently served a notice to President of Pakistan Dr. Arif Alvi for posting in support of Kashmiris and highlighting the reality of the occupied valley after India’s recent illegal and unilateral move to annex the region.

The favoritism of Twitter administration towards India was revealed by the Minister for Human Rights Shireen Mazari who criticized the platform for “becoming a mouthpiece of the rogue Modi government” and lamented that the move was in” bad taste and simply ridiculous”. From the recent turn of events, it appears that Twitter’s regional headquarters for Asian markets could be handled by Indian lobby which is misusing its power to curb voices against oppression in Kashmir.

Twitter has really gone too far in becoming mouthpiece of the Rogue Modi govt! They sent a notice to our President! In bad taste and simply ridiculous. pic.twitter.com/9jxhmVKaL9

At first, the issuance of notice to the President of a state by simple support email is questionable, as to why the social media team didn’t assign an executive representative to resolve the matter. Secondly, it must be noted that when the Twitter team doesn’t found any violations of the platform it simply said that it has “investigated the reported content and could not identify any violations of the Twitter Rules or applicable law.”

For the uninitiated, the latest tensions in the disputed region between India-Pakistan started last month after Government of India deployed at least 50,000 troops in Kashmir valley. Indian authorities had imposed a curfew in India-occupied Kashmir, shut down communication networks including private mobile networks, internet services, and telephone landlines cut.

Meanwhile, Minister for Communication Murad Saeed and former Interior Minister, Rehman Malik, have also received a notification from Twitter for sharing posts over India aggression in the Kashmir valley. Murad Saeed was informed by Twitter that it has received a complaint from India that his Twitter account shares content that violates the Indian law. However, the minister stood his ground and said that he cannot be silenced.

Recently, PTA has reached out to Twitter regarding the suspension of accounts which had been raising voices in favor of Kashmiris on the social media platform. Twitter came under serious criticism for being biased on this issue as it started suspending Pakistani accounts and ultimately, #StopSuspendingPakistanis was the top trend on Twitter in Pakistan.