James Manchun Wong is a reverse engineer who explores new features that are yet to be released on social media. According to his latest published report, Twitter has been working on a renewed Verification procedure. Via this new system user signed up for Twitter will be able to ask for verification directly via the app. The procedure and requirement for account verification will soon be officially published by the company.

Twitter has not yet denied the theory submitted by Manchun Wong and has commented on the upcoming update and what the developers are operating recently.

Wong stated: “This Time around, Twitter will also publicly document what qualifies a Twitter user to be verified. The hope is that with more clarity and transparency around the process, people will understand why the company makes the choice it does. Twitter in the past has internal guidelines around verification, but this will be the first time Twitter has ever publicly and specifically documented those rules.”

The new feature option is going to be available in the “Account Setting” page in the application under “personal information. It’s not yet accessible as it will only be discovered in an upcoming update. That being said, there is no official timeline for which this update will be available for the general public.

However, the account verification system of Twitter has been in controversy for a long time after various white supremacists were incorrectly verified via the original system. This was the main reason why the social media giant shut off its verification system back in 2017. 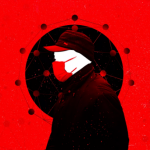