UN officials barred from using WhatsApp due to security concerns

Following the UN accusing Saudi Arabia of being involved in hacking the smartphone of Amazon CEO Jeff Bezos by using WhatsApp, a United Nations spokesman stated that officials in the UN have been barred from using the online messaging service due to concerns that it is not secure.

To be a little more specific, UN spokesman Farhan Haq said, “The senior officials at the U.N. have been instructed not to use WhatsApp, it’s not supported as a secure mechanism,” when asked if the Secretary-General of the United Nations Antonio Guterres had been communicating any world leaders, especially the Saudi crown prince, through WhatsApp. According to Mr. Haq, the direction to stop using WhatsApp was issued to UN officials as early as June last year.

Independent security experts from the UN claim to possess evidence confirming the “possible involvement” of Mohammed bin Salman on Bezos and are demanding an immediate investigation by the US. According to a report by FTI Consulting, the Amazon CEO’s iPhone was hacked using a videos file sent to him by the crown prince.

However, WhatsApp is fighting back, and its parent company Facebook is saying that Apple is responsible for the security mishap since the phone that was penetrated was an Apple iPhone. As stated by WhatsApp’s Director of Communications Carl Woog, “Every private message is protected by end-to-end encryption to help prevent WhatsApp or others from viewing chats. The encryption technology that we developed with Signal is highly regarded by security experts and remains the best available for people around the world.” 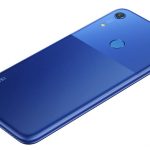