What Pakistan can learn from the 45 Indian entrepreneurs that invested Rs 2,000 Crore to launch a Tech University

In an era of digitization where technology is becoming the backbone of the economy, Pakistan is still lagging years behind the rest of the world in technological development. While the prime focus of the majority of venture capitalist and investors in Pakistan is either on land or on traditional industry, Indian investors, on the other hand, are investing heavily on the advancement of technology to make India future-proof.

Worried about the current state of employment in their country (India), 45 Indian entrepreneurs and CXOs built ‘Plaksha University’ with state of the art technology and the best possible study programs along with some of the best teachers in India. What’s impressive about this university is that it will launch its Tech leadership program in collaboration with the top-ranked universities in the world including MIT, UC Berkley, University of Pennsylvania and Purdue University, as well as industry-leading companies such as Google and IBM.

The main focus of this university is to prepare new tech-leaders that can propel India to an age of digitization with the help of technology. The idea to form this university was initiated back in 2015 when CXOs from mega companies sat together to and brainstormed on how to change the current rigid education system which inherently lacked intuition and curbed innovation. The team of these CXOs came with an idea to form a technology university that would train the next crop of Indian engineers/Computer Scientists to train modern scientific techniques such as AI and Data Science.

“Every few years, there is a massive shift in technologies. Right now, there is a lot of buzz around AI and data science. But there is no educational program to train you for it,” one of the CXO said.

After two years of rigorous debates with various experts and researchers, Plaksha University was inaugurated in 2018. The main focus of Plaksha University will be on problems that are specific to India such as urban planning, mobility, agriculture, hunger, transportation. One of the most impressive aspects of this university is its intuitive and practical evaluation system that focuses more on practical work and experimentation instead of grades.

“At Plaksha, students will be given real-world, complex problems to solve so that they learn to deal with uncertainty. The curriculum will also expose students to liberal arts, design thinking, and emphasis on leadership.”

In order to get accepted into the university, students will have to go through an online test where they’ll demonstrate their conceptual understanding of technical fundamentals. This will be followed by an interview. Finally, the university has one of the best academic advisory board in the country as members of the board are leaders from top global universities.

With an investment as large as Rs 2000 Cr the university will definitely produce the next generation of Computer scientists and leaders that will transform the tech-landscape of India. Pakistan can definitely learn a thing or two from its neighbor and the government can invest more on tech-landscape of the country to ensure that the future of Pakistan is self-sustainable. Fortunately, PM Imran Khan’s emphasis on the need to develop and integrate AI and Blockchain technology in the institutional system in the latest OIC meeting bodes well for the country. 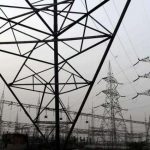