Google’s Android O has been the talk of the town, this upcoming new Google OS is rumored to have lots of features and updates. As of now, it is only available in beta version. One of the interesting features which the Android O house is PiP feature dubbed as Picture-in-Picture.

Currently, the Android O has shipped support of PiP for WhatsApp beta version 2.17.265 for Android, enabling the users to call in PiP mode. Basically, the feature let one minimize video call window into a smaller window while enabling the users to answer another conversation or to work on something else. 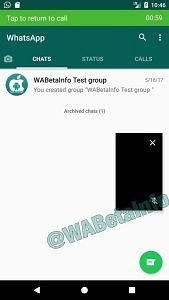 It would be worth mentioning here that as of now this PiP feature is enabled by default in version 2.17.265 of the WhatsApp Android beta.

Furthermore, just recently WhatsApp has updated its platform, allowing the users to send any type of files through the instant messaging platform. Before the update users were bound to send a limited type of files such as PDFs, Word documents, spreadsheets, and slides but now users can even send other types of files such as APKs.

Moreover, it has also rolled out two interesting updates for its users which includes changing the font style of a word and finding emojis in the app with much ease. Apart from the updates, social media companies WhatsApp, Instagram and Facebook are also bunching up for a cross-app notification feature. 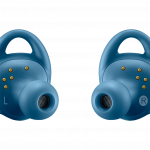 Samsung to reportedly make its own version of Apple AirPod, powered by Bixby