WhatsApp is going to stop working on these devices

WhatsApp has been providing its services for almost a decade now. The popular messaging app made an announcement in its blog post that its app will not work on a few iPhones and Android phones.

Currently, WhatsApp has 1.5 billion users all over the world. The company plans to cut off millions from using this platform over a span of next two years.
WhatsApp revealed the purge by updating in an old blogpost “support for older operating systems.” The company said that it will not be compatible with the following operating systems starting on February 2020”

Users of WhatsApp who are running the app on these operating systems will not be able to create new WhatsApp accounts and will also not be able to use the app after the deadline. The app might stop functioning at any time, so it is advised to buy a new phone and install Whatsapp in it. Android Gingerbread makes 0.3 percent of Android’s market share which makes up around six million devices. WhatsApp discontinued support of BlackBerry Operating System and Windows Phone 8.0 and older.

Here’s the entire list of Operating Systems that have been discontinued and are not supported by the app.

If you are currently using these older version, it is recommended that you updating to the following Operating Systems:

“Once you have one of these devices, simply install WhatsApp and verify your phone number on the new device. Keep in mind that WhatsApp can only be activated with one phone number on one device at a time.” 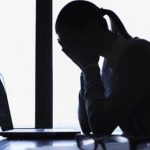