Whatsapp will no longer be ad-free

The speculations are now true. Vice President Whatsapp Chris Daniels has confirmed that ads will be coming to the popular messaging app. The ads will appear in the Status section of the messaging app.

Talking to an Indian publication, Outlook India, Daniels confirmed that,

“We are going to be putting ads in ‘Status’. That is going to be primary monetization mode for the company as well as an opportunity for businesses to reach people on WhatsApp.”

In August 2018, speculations started making rounds that Whatsapp will add advertisements to monetize the app. The ads are likely to be powered by Facebook’s advertising system and will help familiarise users with business on WhatsApp.

Reportedly, WhatsApp will start showing ads in the Status tab in 2019. Facebook acquired WhatsApp in 2014 for around $22 billion and it is the most expensive acquisition of Facebook ever. It’s also one of Facebook’s major acquisitions that were not bringing in any profit.

In its early days, prior to the Facebook acquisition, Whatsapp charged $1 per year. By making Whatsapp free to increase user numbers, Facebook has been looking at various approaches to monetize the app. Some of these approaches included the recently announced Status ad placements, selling analytics or charging a subscription fee from users after hitting a certain number of messages.

It is highly likely WhatsApp will start rolling out ads in the Status tab from 2019. 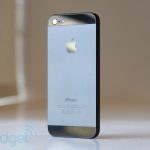 Apple declares iPhone 5 to be a vintage and obsolete phone