Wireless Charging via WiFi Routers Being Experimented by Apple

According to Appleinsider, you could soon be able to charge your devices wirelessly all with power from your WiFi router. Appleinsider says that the company has filed for a patent for wireless charging with the routers. Appleinsider says that “Apple’s patent application for ‘Wireless Charging and Communications Systems With Dual-Frequency Patch Antennas’ is a method for transferring power to electronic devices over frequencies normally dedicated to data communications.”

Patch antennas can be put to various uses including the transfer of power without wires at various frequencies such as microwaves. They can also be used for millimeter wave communications. A beam steering array can be formed using the patch antennas then a circuit created to communicate with the waves from the array.

It will be a breakthrough in going truly wireless in devices. Apple, always fascinated with the removal of ports and clutter from its devices (like the headphone jack), will have the chance to even nix the charging port from the phone for a truly ‘portless’ device. It is a wait and see game for this one. However, one may not dismiss it as a gimmick given that a few firms have been experimenting with wireless charging in various capacities.

The best has been one in which a controlled room could see a bulb light up and phones charge without any wires. It will take a while but could eventually see the light of day.

In other news, the True Tone display of the iPad Pro could be making way to the iPhone if a recent report is to be believed. The Forbes website states that “The screen technology uses advanced four-channel ambient light sensors to automatically adapt the colour and intensity of the display to match the light in your environment. Which means reading anywhere is more natural and comfortable – almost like looking at a sheet of paper.” 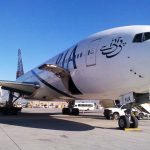