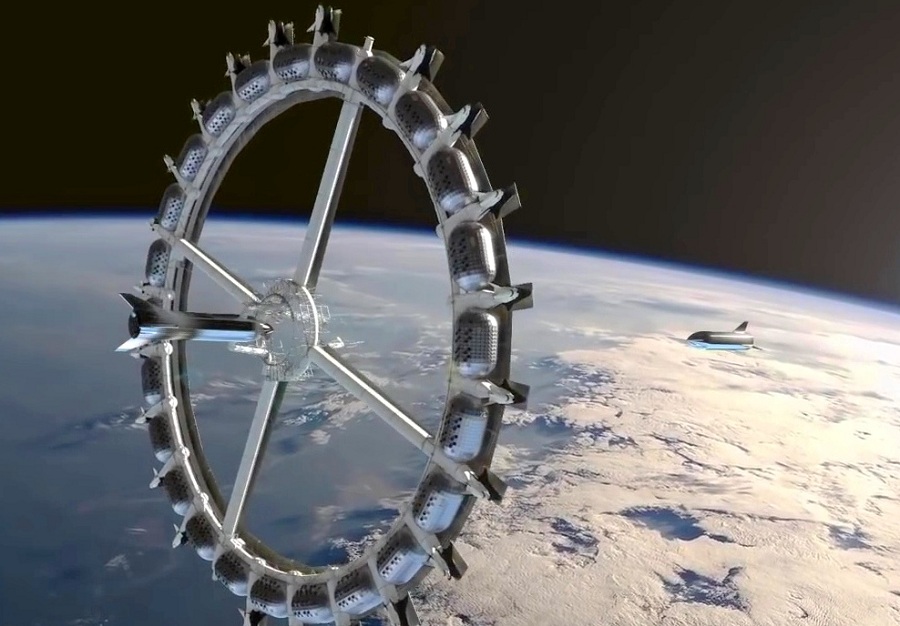 The Express Foundation has released the design of the first commercial space hotel with the capacity to accommodate 400 guests at once. It would also have a low gravity basketball court along with the trampolining and rock climbing.

The Von Braun Rotating Space Station has been in pipeline for a very long time, however, the design of the revolutionary space hotel is finally out. The completion is due in 2025 but it has already given the recognition of first space hotel.

In the interview with Dezeen, the architect of Von Braun Rotating Space Station Tim Alatorre claimed it to be more luxurious than a cruise ship. He said that “there will also be many of the things you see on cruise ships: restaurants, bars, musical concerts, movie screenings, and educational seminars”.

It will almost have every facility we get on earth, including water to drink and shower and also a kitchen to make food. The drinking water will be brought from earth and non-potable water for shower and toilet will be recycled on the station. 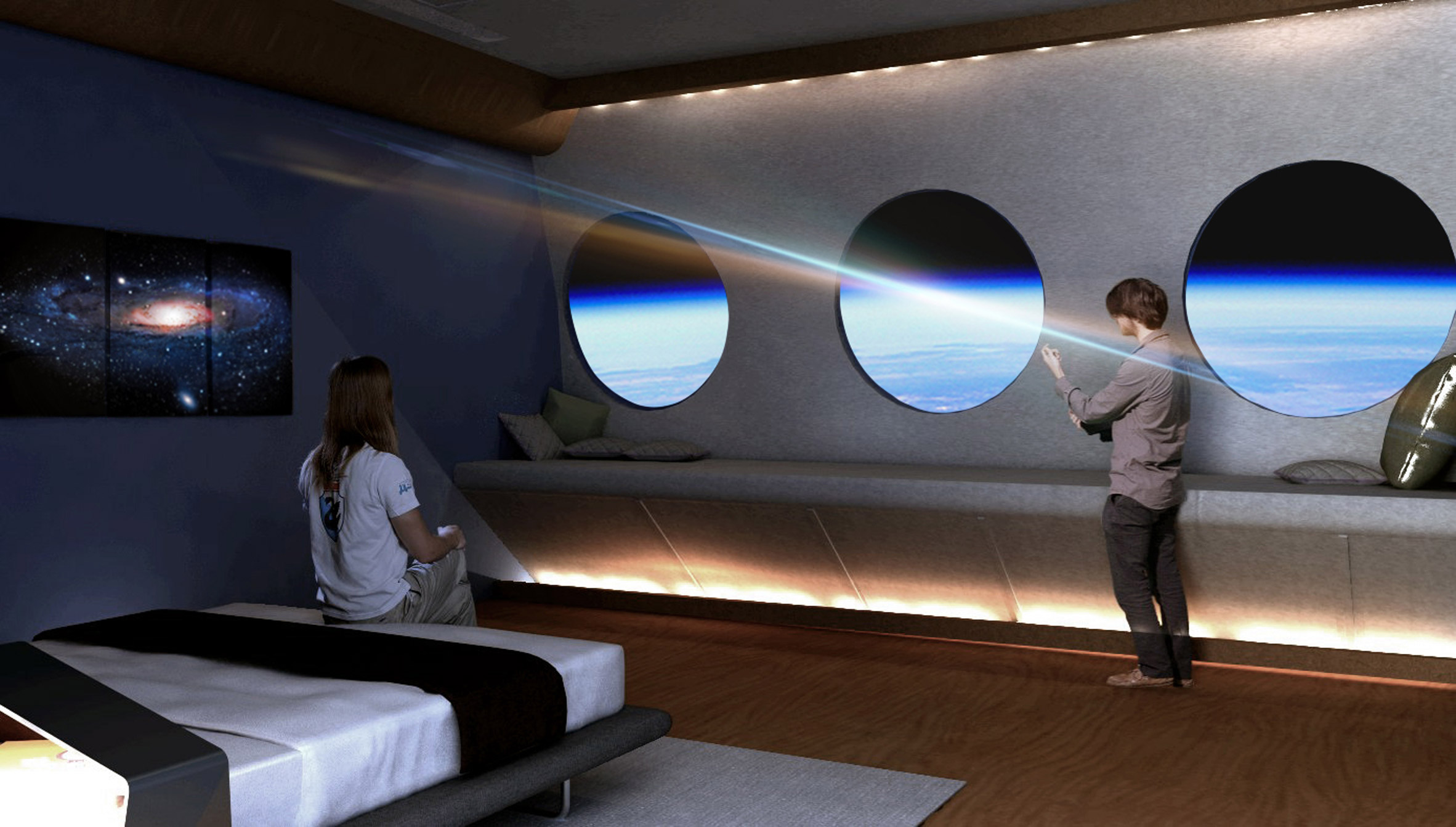 The company is planning to send 100 people every week in the space after the launch in 2025. The goal is to extend it to the two stations by 2030 with the capacity of 500 of the population living permanently and 200 tourist visiting per week.

The design also shows how bedrooms would look like in space hotel, by looking at the picture we can assure that they would be large and would also give a breathtaking view of earth and outer space. In the interview, Alatorre said that people think that it would be expensive to live in space and only rich people can enjoy such experience, but our target is to make it possible for everyone in the coming future.

Other private companies including SpaceX are working on getting the tourist into space. Earlier this year SpaceX sent an empty passenger capsule in the space and planning to take tourists to space by the end of 2020. 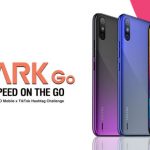