Xiaomi reaches the top 10 globally in the smartphone market

With Xiaomi’s progress skyrocketing due to its flagship products the company has grown to become the 3rd largest smartphone maker in the world. It is currently ranked #1 in 10 markets, #3 in 36 markets and #5 in 54 markets. According to Q3 in 2020, Xiaomi has had the fastest growth in the high-end segment with an overall of 3,639%.

Since the announcement of the Mi 11 back in December, the company Xiaomi gained alot of attention globally as being the first to introduce a commercial smartphone to rock the Snapdragon 888.

Xiaomi’s Mi 10 Pro and Mi 10 Ultra had even made similar profound impact as both smartphones stood at the top of the DxO Mark camera ranking. This even extended to the Mi 10 Pro being considered as having the best audio in the DxO Audio test 2020.

Xiaomi’s Redmi, which is an integral part of the company, similarly had an amazing run with over 200 million of it’s Note series being sold worldwide in a short span of time.

The growth is primarily a resultant of all the investment Xiaomi placed in research and development of their respective products. Their testing and evaluation which normally took 3-4 days has now been reduced to a single day only, mainly due to their automation process during the testing phase.

Xiaomi continues to move forward with developing proper 5G connectivity and further improve the performance of their respective products. 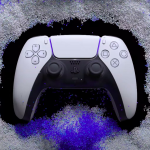