Admit it, we all have shamelessly used old blocked contacts on WhatsApp to write down a grocery list and what not, but you don’t have to do it any longer since WhatsApp is now rolling out a feature that allows users to message themselves.

The feature was sitting in WhatsApp beta version for a long time now but is finally rolling out to the live version for both Android and iOS devices.

Evident by the name, the message yourself feature would allow you to have a private chat with yourself that you can use for creating a to-do list, some notes to yourself or even some positive affirmations.

This feature can also prove to be beneficial for storing important documents that you might need at any moment.

Transferring small files from your phone to desktop will also become easier since you can just send it to yourself and then download it on your computer or phone.

Testing this feature since October, WhatsApp has finally decided to release it now.

Many platforms such as Telegram, Slack and even Facebook Messenger have been offering the service since day one, WhatsApp however took a little time to catch up.

Excited to message yourself on WhatsApp? Well you’ll have to wait some time, since the roll out is slow and users in Pakistan still haven’t received an update but are expected to get it anytime now. 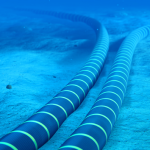