Less time has passed since the video-sharing giant YouTube rolled out its strategy to find and filter out terrorist content from its platform. The time has come and the company has begun rolling out a new feature, which will redirect people who are searching for violent or terrorist content to anti- terrorist content in an aim to normalize their thought process and to stop them from becoming a potential recruit for terrorist organizations such as ISIS.

The company has termed this new feature as redirect method. The new policy and feature have been created due to a collaborated efforts of YouTube’s parent company Alphabet’s Jigsaw tech incubator and Moonshot CVE (Countering Violent Extremism). The Moonshot CVE is a company that specializes in anti-terrorist approach and teach clients how to tackle extremism.

The company has made these changes when several of its ads advertisers pulled off their ads from its platform as they were being shown with videos that preach extremist ideology.

The company said in a blog post, “When people search for certain keywords on YouTube, we will display a playlist of videos debunking violent extremist recruiting narratives.”

The company has also laid out its future plans for the redirect method. YouTube is planning to expand this new feature to “wider set of search queries in other languages beyond English”. 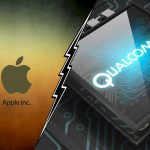