5 reasons why we think the Galaxy fold will fail 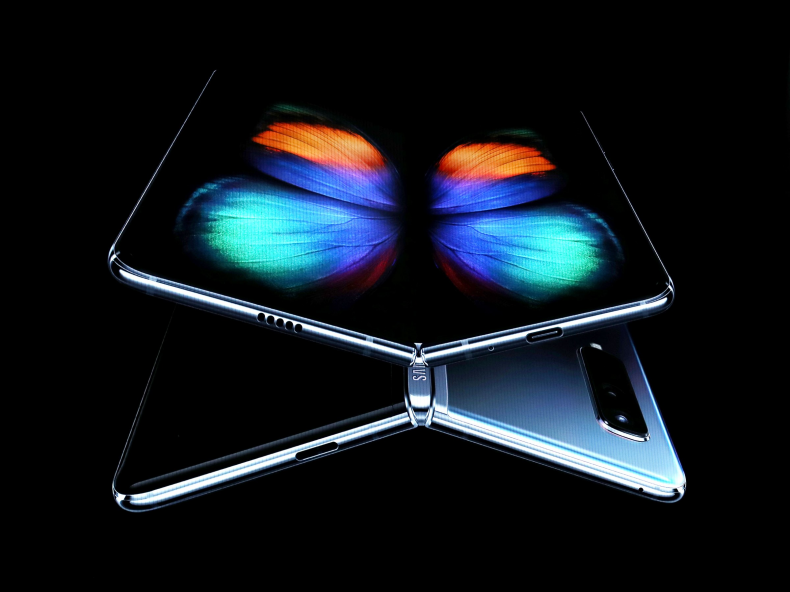 For years Samsung has been teasing a foldable phone. The concept goes all the way back to 2013 when Samsung showcased the Youm flexible display at CES. Since then there have been many leaks, reveals, and teasers. Yesterday, Samsung finally unveiled the flexible phone dubbed, the Galaxy fold. While there is no denying that the phone is a technological marvel, for consumers, it might not be that appealing as we once thought. Here are five reasons why we think the phone will not be as popular as some expected it to be

1. The main screen is not good 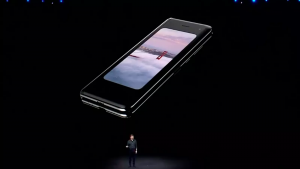 Samsung is known for making some of the best smartphone screens. They are so good that even Apple uses its display tech. With the Galaxy Fold, looks like technological limitations have compelled them to make a huge compromise. As seen from the image, the front of the phone does not look modern. From the thick top and bottom bezels to the super small 4.6inch display (by today’s standards), the front looks really uninspiring.

Some might say that you have access to the larger tablet display, but that’s not the point. Do you really expect to use Google Maps on a 7-inch screen? Smartphones are good because you can do so much on the go. A big reason is their manageable screen size. A 7-inch screen is not at all manageable. 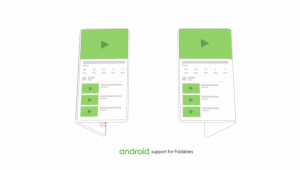 A big reason why we are not fans of the Galaxy fold is that it just does not have a strong enough use case. Yes, Google has made customized Android especially for these foldable screens, but that does not mean the gripes of Android on bigger screens are fixed. In fact, it raises a new problem.

Historically, Android tablets have suffered from a scarcity of dedicated tablet apps. With the new Galaxy Fold, we can expect to see something similar. It gets worse because developers will need to optimize their apps for app continuity. To make matters really bad, Google is now pitching Chrome OS as its OS for tablets. So if tablets use Chrome OS, and mobiles use Android, how many do you think are going to take the time to optimize their apps for a small audience?
If Apple had made a foldable phone, they wouldn’t suffer from the problem of the app problem as iPad has many dedicated apps to take advantage of the larger screen.

There’s a saying in the tech world, always skip the first version of the product. Be it the first iPhone or the first Tesla Roadster, first gen devices never really provide a good experience. Yes, we are being skeptical based on past history, but there are other reasons why we think it’s not ready.

Take the design. When in tablet mode, the Galaxy fold has a notch that puts the iPhone’s notch to shame. It is really not beautiful and you don’t expect Samsung to ship a tablet with such a notch especially after their campaigns against the notch city. Then there is the thickness. While it is really thin in the tablet mode, it is abnormally thick as a phone, by today’s standards. There are other things like no mention of dust or water resistance. All in all, we think that if you want to invest so much, you’d better do it next year when the category has matured. 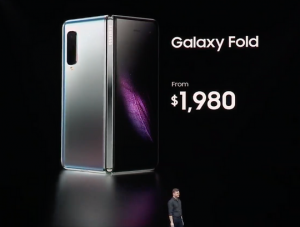 This was obvious. Galaxy fold has to be the most expensive nonspecial edition phone money can buy. At $2000, Samsung has raised the price to new highs. The tech is indeed expensive, but the price is a big turn off.

For $2000 you can get a laptop, a phone, and a tablet. Or you can buy an iPhone and an iPad Pro. For $2000 you can do so much and shelling out so much cash on a first gen device looks unreasonable. Now add a 20 percent tax for Pakistan, and there goes your dream of buying the Galaxy Fold. But don’t worry, one day, foldable phones might become the norm. 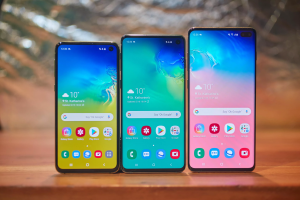 The smartphone industry is better than ever. For around $500 you can get a flagship, yes a flagship and not a budget phone with flagship specs. Then there’s the Galaxy S10, a phone you know will work without the quirks of a first gen device. With Galaxy S10, you get the same performance, same camera, a better display and a more manageable phone all at $900. Here’s the thing, Galaxy S10 might not be a tablet, but it does everything a modern smartphone should do and it does them well.

Galaxy Fold is not the of the end light

Samsung is well aware of the issues. The pricing is a testament to that. Samsung knows the problems and in many ways, it is their MVP (minimum viable product). The phone is meant for early adopters and tech enthusiasts who need to have the cutting edge of technology no matter what they need to give up. Samsung knows that they won’t set new sales records with the phone, they just want the world to know that they did it before anyone. Another reason could be Samsung’s desire to lead the foldable industry and not play catch up as they did in the smartphone era. The goal is quite logical and we expect as Samsung iterates, these flaws will be removed and the hybrid will finally be viable for every consumer.