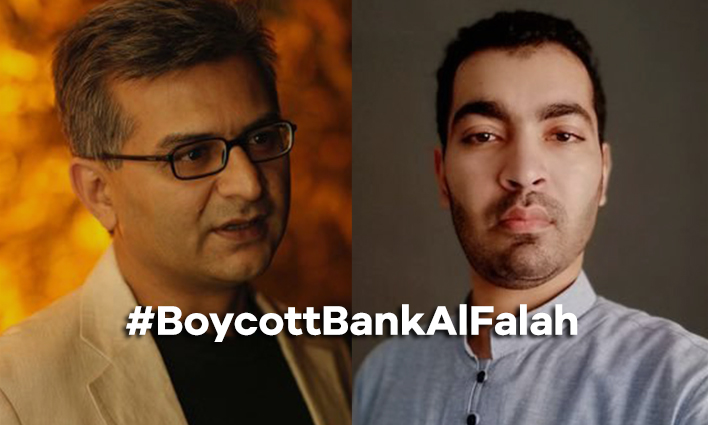 Bank Alfalah has taken action against an employee for inappropriate remarks and irrational ‘sexual’ retorts on social media against various popular personalities and people on Twitter. Fazeel Tajammul, the employee in question, is employed as a Unit Head of Financial Reporting at the bank and after various reports from social media users, Bank Alfalah has finally taken disciplinary action.

Last night an exchange between a Twitterati, Fazeel Tajammul, Bank Alfalah’s employee and DAWN’s Journalist Hasan Zaidi turned ugly and prompted an overnight trend on Twitter #BoycottBankAlfalah which demanded the Bank Alfalah management to fire Fazeel Tajammul, who is the Unit head on Financial Reporting at Bank Alfalah Limited. As of writing this story, the trend has taken a turn and now the sentiment is Bank Alfalah did wrong by firing the employee.

The argument between the two started when Fazeel Tajammul (Head of Financial Reports) started hurling abusive insults at Hasan Zaidi (writer for DAWN). The shocking thing about these insults was that they were directed at Hassan Zaidi’s female relatives. This may be a normal thing in Pakistan’s street culture but if an employee working at a high post in one of Pakistan’s most prestigious banks (Bank Alfalah) hurls such abusive insults then something may be seriously wrong with the bank’s employee hiring policy.

The dispute between them started when Hasan Zaidi criticized PM Imran Khan’s time schedule of addressing the nation. This prompted a reply from the Fazeel Tajammul in the most indecent manner. 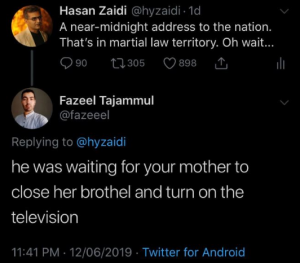 Interestingly, Hasan Zaidi did a little digging on Fazeel Tajammul’s Twitter account and found out that the Tajammul had a habit of using abusive language towards other people on Twitter.

Dear @BankAlfalahPAK, this man works for you? Is this the level of scum you employ? pic.twitter.com/u8HbCgNS2k

After this fiasco, many people criticized Bank Alfalah for hiring such employees and started demanding the Bank Alfalah management to fire Fazeel Tajammul because of his unethical behavior.

Mr @Hammad_Azhar should speak to Bank Alflah CEO to get Mr Fazeel restored on his job. The poor chap was fired by the bank to appease the few who complained against him for his inappropriate language on Twitter. The bank has responded disproportionately. #BoycottBankAlFalah

Following the social media frenzy, Bank Alfalah’s Twitter handle issued a statement in which, they apologized for their employee misbehaving on the social media platform and assured everyone that they have a zero tolerance policy towards unoffensive language and personal attacks. The statement further said appropriate actions will take place against the concerned employee.

A twist in the story

“Huge pressure on @dawn_com to sack one of their overtly abusive employee who runs campaigns to get abusive trolls sacked. Let’s see how Dawn handles it. Eye for an eye. Abuse for an abuse.”

Huge pressure on @dawn_com to sack one of their overtly abusive employees who runs campaigns to get abusive trolls sacked. Let’s see how Dawn handles it.

Eye for an eye.
Abuse for an abuse. pic.twitter.com/fPCgrphM3Y

These incidents beg to question whether our companies can regulate our presence on social media handles outside of work. And whether should we judge a company based on the person’s habits on these particular channels? Many companies have started analyzing social media profiles to better understand the candidate they are hiring, should this practice also be implemented in Pakistan?

Or better yet, would you like your social handles to be regulated by the company you are working for? 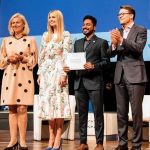