Bitcoin’s value drops below $4,000 for the first time in weeks

Bitcoin has just had a major blow and we’re not sure how long it will take for it to recover.

Trusted cryptocurrency websites for the Bitcoin Index – including CoinDesk and CryptoCompare – show that a single Bitcoin is currently valued below $4,000 and has been circling around the $3,700 mark for quite a few hours now. This is the lowest Bitcoin’s value has gotten in weeks. In fact, on September 4th, Bitcoin’s value surged past the $5,000 mark for the very first time. However, it has had a tumultuous time since then.

Just a day after Bitcoin flew past $5,000, China banned Initial Coin Offering(ICO). An ICO works in a somewhat similar manner as an Initial Public Offering (IPO), except instead of stocks companies sell a particular number of cryptocurrency tokens. Recently, a lot of companies have started using ICO’s to raise funds. Earlier this summer, a startup called Bancor raised $153 million on Ethereum in less than three hours of its ICO, making it the largest token sale ever. ICO even beat other crowdfunding methods and venture capital to become the most effective way to raise funds.

But this wasn’t it. Bitcoin also suffered a major blow from the CEO of JP Morgan Chase & Co, Jamie Dimon, who called Bitcoin a fraud and that it will blow up soon. 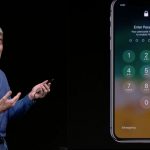