Careem raises investment from Didi, one of the world’s highest valued tech companies

Careem, the ride-hailing service that rose from the Middle East, has raised investment from Didi, the world’s second-highest valued tech company. The amount of the investment has not been revealed.

Just last month Careem closed a series funding round with $500 million which raised the company’s valuation to a whopping $1 billion.

Didi Chuxing itself is also a ride-sharing giant back in its native China and has become a force to be reckoned with despite being only functional in one country. The company, valued at $50 billion, has stakes in numerous ride-hailing startups throughout the world including USA’s Lyft, India’s Ola, 99, and Grab. Didi also has an equity in Uber as a result of their acquisition of Uber China last year. Despite its stake in Uber, it is very interesting to note how Didi has gone ahead and invested in Careem.

Careem is currently operational in 80 cities across 13 countries and is constantly increasing their reach. Since launching its services in Pakistan from Lahore, back in 2015, Careem has slowly and steadily introduced itself to other cities as well, most recently in Multan, Sialkot, and Faisalabad.

While Uber is stuck resolving corporate issues, its rival company Careem is expanding at an ever increasing rate. And this latest investment from Didi is proof that the anti-Uber group, which consists of similar ride-sharing companies investing in each other, is gaining significant momentum.

The most interesting thing here for our readers is that Careem’s core technologies have been developed and conceptualized in Pakistan. Their engineering and development work was initially outsourced to VentureDive in Pakistan. At a later stage, Careem acquired the engineering team of VentureDive to manage everything in-house. 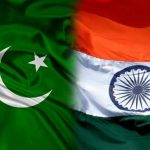