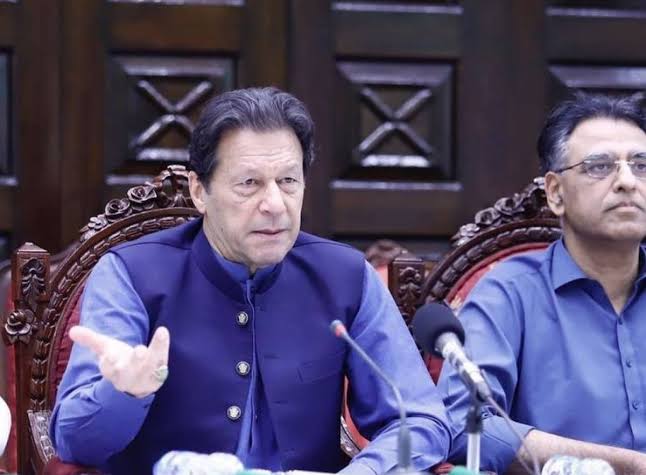 PTI chief Imran Khan claimed on Monday that Chief Election Commissioner (CEC) must resign after the release of audio leaks on the internet. The audio leaks contain conversations between important figures in the coalition government, like CEC Sikander Sultan Raja, so now he must resign from his post.

During his address at a Government College University (GCU) gathering in Lahore, Imran Khan said the audio leaks clarified that CEC Raja was a “servant of the Sharif household.” The former premier said that in the audio leaks, “Nawaz is telling CEC Sikander Sultan when to hold elections and whom to disqualify.”

Thus, if CEC has a little bit of shame after the audio leaks, he will resign from his post, but he does not have any shame, so we will have to force him to leave. The audio recordings of an alleged conversation between influential government personalities like Prime Minister Shehbaz Sharif, PML-N Maryam Nawaz and some members of federal members.

Meanwhile, these people were conversing about governance issues, and this audio was leaked over the weekend, raising concerns regarding the security of the Prime Minister’s Office (PMO). According to Imran Khan, CEC has blocked the usage of electronic voting machines (EVMs) following the directions of PML-N leader Nawaz Sharif and PPP co-chairperson Asif Ali Zardari. Since these people rely on fraudulent votes to form the government, they will not allow EVMs.

Afterward, PTI Chairman pointed his gun toward Maryam Nawaz while pointing at one of the audio recordings. The audio recordings include a conversation between PM Shehbaz and an unidentified official about the prospects of facilitating the import of Indian machinery for a power project linked to the PML-N vice president’s son-in-law.

Later, Imran Khan bashed PM Shehbaz, saying that when he was in the government, he banned trade with India after New Delhi canceled occupied Kashmir’s special autonomy in August 2019. Though there are no trade connections, Maryam’s son-in-law wants to import machinery from India. However, they can import machinery from another country instead of telling them not to import any machinery.

Moreover, in the audio leaks, PM Shehbaz was assuring Maryam’s son-in-law that nothing could stop him from constructing a grid station worth Rs 700 million at one of his housing societies with the money of Pakistani taxpayers. Imran Khan claimed that more “episodes” of the audio leaks are coming in the future.

Maryam Nawaz responded to Imran Khan’s comments and asked the authorities to take strict action against GCU for using an educational institution for his jalsa.

Strict action must be taken against Vice Chancellor Government College Uni for desecrating an educational institution by lending it to a Fitna & organising his jalsa on the premises. Using a seat of learning for political hate-mongering is a crime that should not go unpunished.

Presently, PTI’s Fawad Chaudhry demanded a thorough investigation to expose those people behind the leaks. Because the issue is quite severe, PM Shehbaz Sharif ordered certain people to investigate this matter. 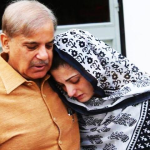