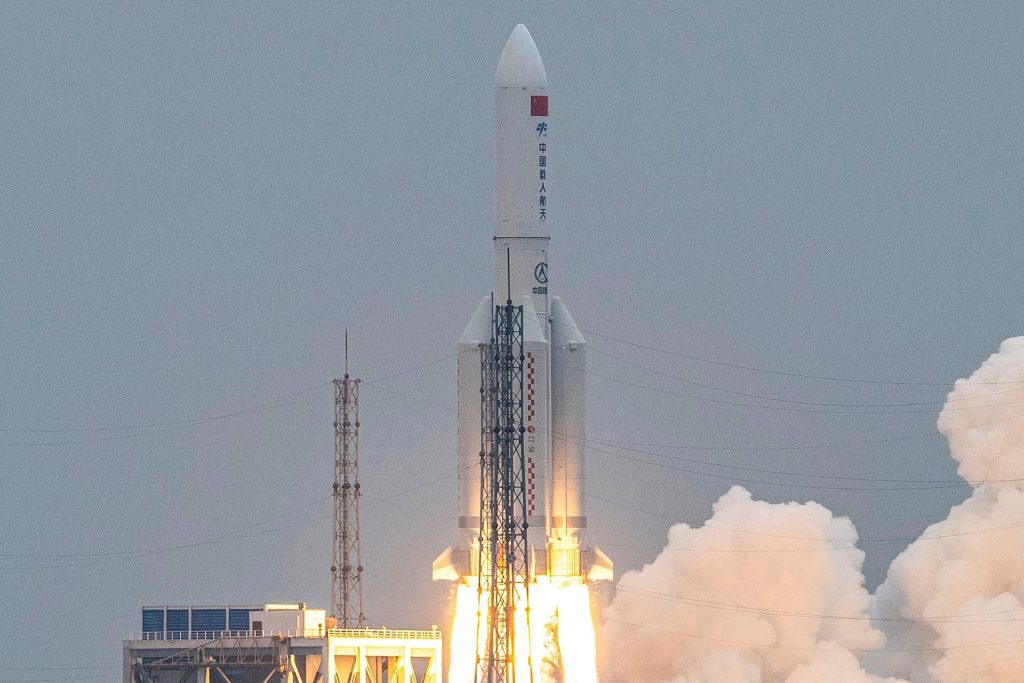 The 23-ton core stage of a Long March 5B booster crashed back to Earth Saturday night (May 8), concluding the 10 days of its falling, which captured the world’s attention and began a wider conversation about orbital debris and responsible spacefaring. The Long March 5B reentered the atmosphere over the Arabian Peninsula at about 10:15 p.m. EDT Saturday (0215 GMT on Sunday, May 9).

The Long March 5B launched the core module for China’s new space station on April 28. Instead of ditching safely into the ocean when its work was done, however, the rocket’s first stage reached orbit, becoming a piece of space junk just waiting to crash down on its home planet after feeling enough atmospheric drag.

The same happened last year with a different Long March 5B core that fell uncontrolled over the Atlantic Ocean upon reentry.

In addition, China’s prototype space lab, Tiangong 1, which was designed to help pave the way for the new space station, had its own space-junk phase after completing its mission. The 8-ton craft fell to Earth uncontrolled in April 2018, burning up over the Pacific Ocean.

China has been actively criticized over the Long March 5B incidents with accusations that the nation’s space program isbehaving carelessly, if not recklessly. One such reproval came on Saturday from new NASA chief Bill Nelson.

“It is clear that China is failing to meet responsible standards regarding their space debris,” he added. “It is critical that China and all spacefaring nations and commercial entities act responsibly and transparently in space to ensure the safety, stability, security and long-term sustainability of outer space activities.” Nelson wrote in a statement posted before the rocket came down.