While the world raves Apple and Samsung, a lesser known Chinese smartphone manufacturer Xiaomi has secretly been crawling up the ladder of financial success. Their latest feat is a Guinness World Record for most smartphones sold in one day.

In a ‘Mi Fan Fest’ held to commemorate Xiaomi’s 5 years in the industry, 2.11 million smartphones were sold raking in $355 million in sales revenue. The event was held across seven Asian countries – including Malaysia, India and Indonesia – via the company’s website Mi.com, proving how valuable e-commerce is in strengthening a relationship with consumers. 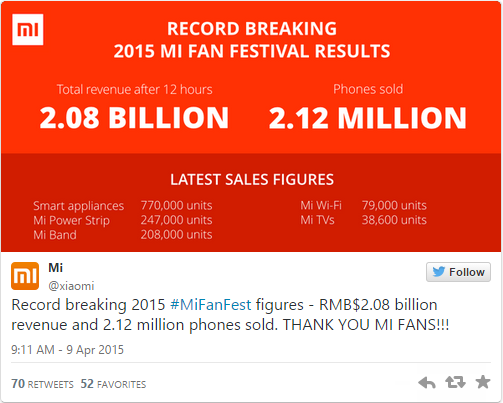 Despite their presence in only a handful of countries, with a major consumer market in China only, these numbers speak a lot for this relatively new company. Xiaomi had 60 million sales in 2014 and they expect to take that number to 100 million this year. Also, the International Data Corporation listed Xiaomi at 5 place, behind Samsung, Apple, Lenovo and Huawei, closing 2014 with a 4.4% smartphone market share.

What’s left to be seen is how Xiaomi can expand beyond its home base to a wider, more crucial audience. 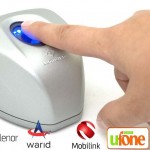