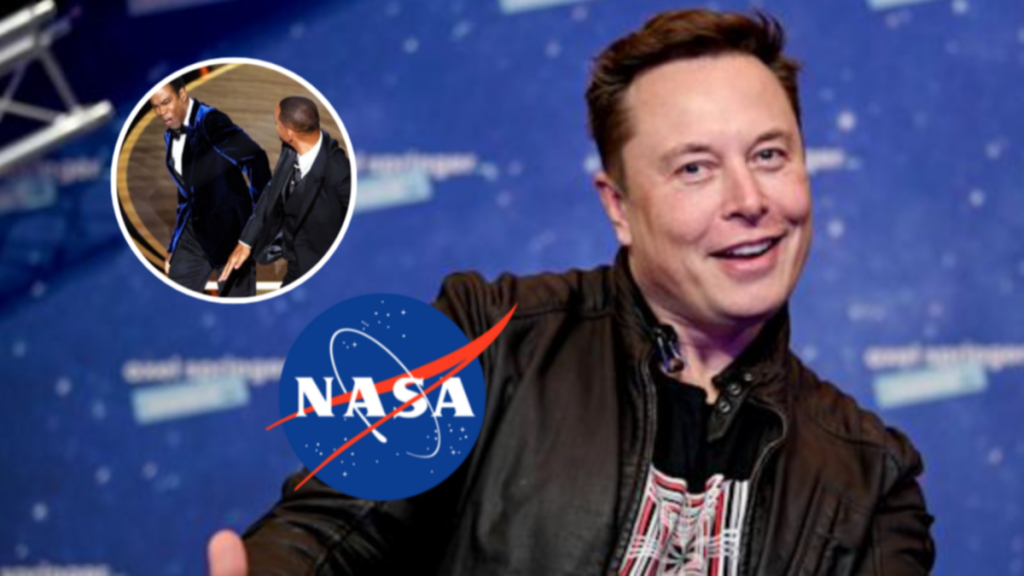 The Tesla CEO marks NASA’s successful DART mission by tweeting a photo of the ‘King Richard’ actor delivering an open-handed blow to Chris Rock at the Academy Awards.

While Will Smith seemed to have moved on from the Oscars slap scandal, Elon Musk has not. When he weighed in on NASA’s plan to modify the track of an asteroid by slamming a spaceship into it, the business magnate lifted a meme from the actor’s slap on Chris Rock.

On Monday, September 26, NASA’s DART successfully reversed the asteroid’s course by flying at an estimated 14,000 mph before colliding with the asteroid 7 million miles away from Earth. Elon appeared ecstatic, comparing the collision to Will’s slap on Chris.

The SpaceX CEO tweeted a meme with NASA’s logo placed on Will’s skull after the actor threw an open-handed hit on Chris’ face at the 2022 Academy Awards in March. Meanwhile, Chris’ face has been tattooed with a picture of the space rock known as Dimorphos. He didn’t add a caption to the photo. 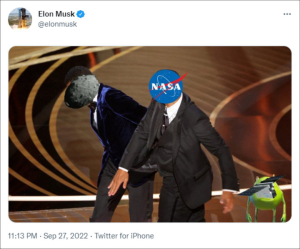 The DART mission was intended to serve as a great dress rehearsal for the day when a killer rock threatens Earth. The collision was projected to create a crater, launch streams of boulders and soil into space, and, most critically, modify the asteroid’s orbit.

“We have an impact!” Elena Adams of Mission Control said as the spacecraft collided with the asteroid. However, determining how much the asteroid’s route was altered might take many months.

The $325 million endeavor marks the first time humans have attempted to alter the trajectory of a natural celestial object in space. “As far as we can determine, our first planetary defense test was a success,” Elena later remarked in a news conference, to cheers. “I believe Earthlings should sleep more soundly. Without a doubt, I will.”

Meanwhile, Will has been keeping a quiet profile after his antics at the Oscars ceremony made a controversy. He has apologized several times, most recently in late July, when he stated that he was “truly regretful.” In a video, he said, “I contacted Chris, and the response was that he is not yet ready to talk, but would do so when he is. So I’ll apologize to you, Chris. My conduct was inexcusable, and I’m here anytime you’re ready to chat.” 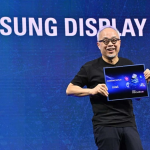