Facebook, Amazon, Google and Apple Are Going Against A Major Antitrust Law

In recent news, the giant tech companies i.e. Facebook, Amazon, Apple, and Google which is better known as FAANG companies are going against the new antitrust bills that are set to place more restrictions on them. Through these respective bills, FAANG companies have been directly targeted.

According to the New York Times:
“Executives, lobbyists, and more than a dozen think tanks and advocacy groups paid by tech companies have swarmed Capitol offices, called and emailed lawmakers and their staff members, and written letters arguing there will be dire consequences for the industry and the country if the ideas become law.”

In addition to this, Apple CEO Tim Cook called the Speaker of the House Nancy Pelosi and other congress members to oppose the respective bills as this would indirectly affect the consumers of their product. However, Nancy simply turned away when Cook mentioned if the bills could be delayed and asked him to address the specific policy objections to the new measures taken.

Even Google mentioned that these bills would degrade the respective services of the company while Amazon quoted this as ‘significant negative impacts’. However, it is to be noted that the bill hasn’t exactly become law as it still requires approval from the Judiciary Committee and would then need to be approved by The Senate before Joe Biden declares it as law. 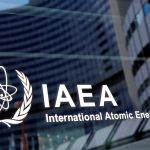